Turkey has blocked Wikipedia – the online encyclopedia – for articles and comments that suggested the country was in cooperation with “terror groups”.

Turkish officials had been in contact with the website various times and requested the content in question be removed, state-run Anadolu Agency quoted the Ministry of Transport, Maritime and Communications as saying.

The report said the site refused to remove the content in question, however.

Wikipedia “has started acting as part of the circles who carry out a smear campaign against Turkey in the international arena, rather than being cooperative in fight against terror”, ministry officials were quoted as saying.

The website tried to show Turkey “at the same level and in cooperation with terror groups”, the report said.

A block affecting all language editions of Wikipedia in Turkey was detected at about 05:00 GMT after an administrative order by Turkish authorities, the Turkey Blocks monitoring group, which watches internet restrictions in the country, said in a statement.

Wikipedia’s founder vowed on Saturday to stand with Turks after the encyclopedia ban.

“Access to information is a fundamental human right,” Wikipedia founder Jimmy Wales said on his Twitter feed. “Turkish people I will always stand with you to fight for this right.”

Other websites, including leading social media, appeared to be working normally.

In March 2014, YouTube was banned for several months in Turkey after the site was used to broadcast purported footage of a security meeting on Syria.

In the summer of 2013, severe restrictions were imposed on social media during mass anti-government protests.

Reports of block on VPNs

Savvy internet users frequently resort to the use of VPNs to get around these bans, although there have been complaints that these too have also started to be blocked.

The government says such measures are always temporary and are needed for national security reasons, but critics see the blocks as further restrictions on civil liberties under the rule of President Recep Tayyip Erdogan.

In November 2016, Turkey imposed temporary restrictions lasting several hours on the messaging service WhatsApp as well as Twitter, Facebook, YouTube and other sites following the controversial arrests of pro-Kurdish MPs.

Prime Minister Binali Yildirim then acknowledged that “from time to time for security reasons we can use such measures … These are temporary measures. Once the danger is passed, everything returns to normal.”

The move to block Wikipedia caused an uproar on social media in Turkey as users angrily denounced the decision to restrict access to one of the world’s most popular websites. 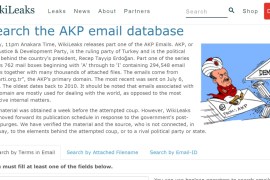 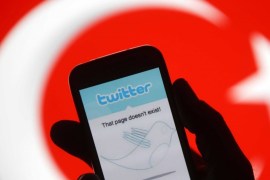 Decision taken after publication of images of a prosecutor killed by leftist gunmen in a hostage standoff last week. 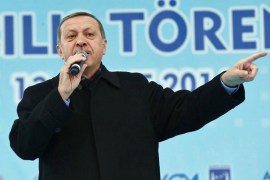