US President Donald Trump says a major conflict with North Korea is possible in the standoff over its nuclear and missile programmes, but he would prefer a diplomatic outcome to the dispute.

“There is a chance that we could end up having a major, major conflict with North Korea. Absolutely,” Trump told Reuters in an Oval Office interview on Thursday.

Nonetheless, Trump said he wanted to peacefully resolve a crisis that has bedeviled multiple US presidents, a path that he and his administration are emphasising by preparing a variety of new economic sanctions while not taking the military option off the table.

He lavished praise on Chinese President Xi Jinping for Chinese assistance in trying to rein in Pyongyang. The two leaders met in Florida earlier this month.

“With that being said, he loves China and he loves the people of China. I know he would like to be able to do something, perhaps it’s possible that he can’t,” Trump said.

Trump spoke a day before Secretary of State Rex Tillerson will press the United Nations Security Council on sanctions to further isolate Pyongyang over its nuclear and missile programmes.

Tillerson said on Thursday that China has threatened to impose sanctions on North Korea if it conducts further nuclear tests.

“We know that China is in communications with the regime in Pyongyang,” Tillerson said on Fox News Channel. “They confirmed to us that they had requested the regime conduct no further nuclear test.”

Tillerson said China also told the US that it had informed North Korea “that if they did conduct further nuclear tests, China would be taking sanctions actions on their own”.

It said it was focusing on economic and diplomatic pressure, including Chinese cooperation in containing its defiant neighbour and ally, and remained open to negotiations.

Al Jazeera’s Adrian Brown, reporting from Beijing, said Trump’s praise of President Xi Jinping seemed like a possible strategy to flatter China into taking a firmer stance with North Korea, although China’s options could be limited.

“In many ways China’s hands are tied. Any sanctions against the North have to be carefully calibrated because if you squeeze North Korea too hard, you risk the [North Korean] regime being toppled. You then have the prospect of hundreds of thousands of North Korean refugees pouring across the border, perhaps into China, and also the prospect of a united Korea, with US military bases very close to China’s border,” said Brown.

“So China’s options, when it comes to further sanctions, are perhaps limited,” he added.

US officials said military strikes remained an option but played down the prospect, though the administration has sent an aircraft carrier and a nuclear-powered submarine to the region in a show of force.

Any direct US military action would run the risk of massive North Korean retaliation and huge casualties in Japan and South Korea and among US forces in both countries.

Multi-nation negotiations with North Korea on its nuclear programme stalled in 2008. The Obama administration attempted to resurrect them in 2012, but a deal to provide food aid in exchange for a nuclear freeze soon collapsed. 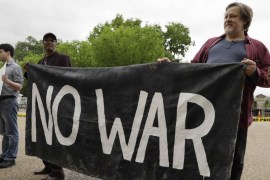 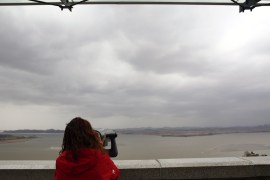 North Korea and mounting tensions: The view from Seoul

In South Korea, many ask whether the US could launch military action against the North without first consulting Seoul.