A Zambian court refused a request to drop treason charges against Hakainde Hichilema, the main opposition leader, after he allegedly blocked the president’s motorcade earlier this month.

Wednesday’s ruling comes after Hichilema, the United Party for National Development (UPND) leader and a self-made businessman, was arrested in a police raid at his home earlier this month.

He is accused of endangering President Edgar Lungu’s life when Hichilema’s own convoy allegedly refused to give way to the presidential motorcade as both men travelled to a traditional event in Zambia’s western province.

Hichilema has been charged with trying to overthrow the government by unlawful means.

His lawyers had asked the court to throw out the treason charges, saying they were baseless.

But magistrate Greenwell Malumani said he did not have the power to dismiss the charges, which can only be handled by the High Court.

The case has stoked political tensions after the most recent contested elections.

Zambia was seen as one of southern Africa’s most stable countries until relations soured between the government and opposition in August, when President Lungu’s Patriotic Front party narrowly beat the UPND in elections marred by violence.

The opposition says the vote was rigged, but Hichilema has so far failed to successfully challenge the legality of the result.

The Non-Governmental Organizations Coordinating Council, an umbrella body of Zambian action groups, has condemned the charges against Hichilema.

“Arresting opposition leaders on trumped-up charges is a recipe to heighten tension in an already volatile economic and political environment,” its chairwoman, Sara Longwe, said. 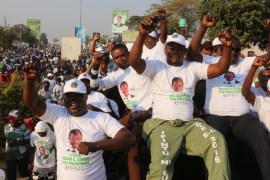 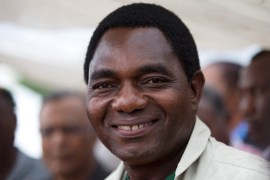 Arrested on treason charges, Hakainde Hichilema’s party claims he has been denied access to a lawyer. 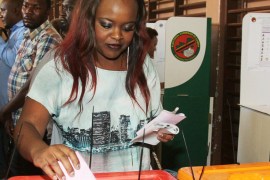