The United States has condemned South Sudan’s President Salva Kiir for the state’s “man-made” famine and ongoing conflict, urging him to fulfil a month-old pledge of a unilateral truce by ordering his troops back to their barracks.

South Sudan descended into civil war in 2013 after Kiir fired his deputy, unleashing a conflict that has spawned armed factions often following ethnic lines. A peace deal signed in August 2015 has not stopped the fighting.

The United Nations has warned of a possible genocide, millions have fled their homes, the oil-producing economy is in a tailspin, crop harvests are devastated because of the worst drought in years and millions face famine.

Some 7.5 million people, two-thirds of the population, require humanitarian assistance.

Around 1.6 million people have fled the country, while a further 1.9 million are displaced internally.

She also blasted deadlock among UNSC members on how to deal with the civil war in the country that gained independence from Sudan in 2011.

Haley said Kiir and his government were benefiting from the council’s division. She urged the council to impose further targeted sanctions and an arms embargo on South Sudan.

“You’re allowing President Kiir to continue to do what he’s doing,” she said. “If you truly care for the people of South Sudan, then we must tell the South Sudanese government that we are not going to put up with this anymore.”

The 15-member Security Council failed in December to get nine votes to adopt a US-drafted resolution to impose an arms embargo and further sanctions on South Sudan despite warnings by UN officials of a possible genocide.

Eight council members, including Russia and China, abstained in the vote.

Deputy Russian UN Ambassador Petr Ilichev told the council that it was unfair to lay all blame on Kiir’s troops for the violence and that Moscow opposed additional sanctions.

“Sound peace in South Sudan will not be brought about by a Security Council arms embargo, but rather by targeted measures to disarm civilians, as well as demobilise and reintegrate combatants,” he said. 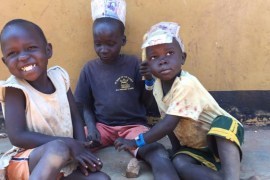 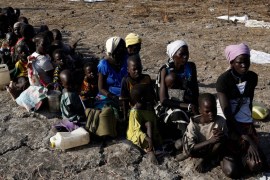