The London Assembly, an elected body, has called on the city’s mayor Sadiq Khan to lead a campaign to end “the hidden crime” of female genital mutilation (FGM) in the capital.

An estimated 170,000 women and girls in Britain have undergone FGM and 65,000 preteen girls are thought to be at risk, it said in a report.

The London Assembly is a part of the Greater London Authority that scrutinises the activities of the mayor of London and has the power, with a two-thirds majority, to amend the mayor’s annual budget and to reject the mayor’s draft statutory strategies.

Half of FGM cases recorded in the country are in London, where affected communities include Somalis, Sierra Leoneans, Eritreans and Sudanese.

The ritual, done for cultural, traditional or religious reasons, involves the partial or total removal of the external genitalia. In some cases, the vaginal opening is also sewn up.

“FGM remains a hidden crime – still taking place behind closed doors, with many girls still at risk,” Jennette Arnold, deputy chairwoman of the elected assembly, said in a statement.

The report said many professionals, such as police, teachers health and social workers, were not confident about how to respond to cases of FGM, which can cause serious physical and emotional problems.

It called for the mayor to help improve coordination between front-line services and highlighted the need for better training.

“We need to be bold, strong and ambitious,” Arnold said.

“I am more determined than ever that London becomes a ‘zero cutting city’.”

National efforts to eradicate FGM have gained momentum in recent years with the once taboo subject making the headlines.

Health workers and teachers are now required to report cases of FGM in the under-18 population.

Britain has also strengthened the law on FGM, the act was originally outlawed in 1985, although there has never been a successful prosecution.

But the London Assembly report said many believed the emphasis should be on preventing FGM and supporting those at risk rather than pursuing prosecutions.

It also called for increased efforts to engage boys and men in combating the ancient ritual which some families believe prevents promiscuity.

“Everybody should make it their business to end FGM – it doesn’t matter what community you’re from,” added Wardere, who wrote about undergoing FGM as a child in Somalia in her recently published memoir Cut.

Khan did not comment on whether he would lead a campaign, but his deputy mayor for policing, Sophie Linden, said he was committed to tackling the “appalling practice”.

“We need to … ensure that people who carry out such barbaric practices are brought to justice,” she said. 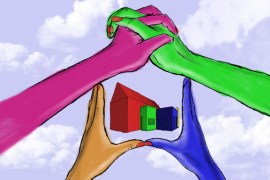 Female victims of violence can get medical and psychological help – from reconstructive surgery, to therapy, to support. 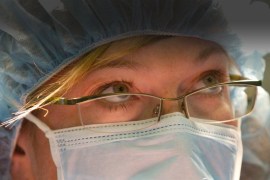 One woman’s story of falling victim to FGM and the reconstructive surgery that made her feel whole again.