Al-Qaeda leader Ayman al-Zawahiri has called on the armed Syrian opposition to wage guerrilla warfare against the government of Bashar al-Assad and its allies.

In an audio tape titled “Syria will only bow to God”, released on the internet on Sunday, Zawahiri urged Syrian rebels to “have patience and prepare themselves for a long war against the Crusaders and their Shia allies”.

He urged them to adopt a “guerilla warfare” strategy because it would “weaken and drain the enemy”.

The rebels’ enemies “are targeting them because they are trying to establish an Islamic rule in Syria, as the West and its allies were doing everything they can to stop it”.

READ MORE: The ramifications of al-Nusra’s split from al-Qaeda

Al-Nusra Front, a rebel group, announced in July 2016 that it was ending its formal ties with al-Qaeda and changed its name to Jabhat Fateh al-Sham, or the Conquest of Syria Front.

On January 28 of this year, it merged with four other groups to form a new organisation called Hay’et Tahrir al-Sham, or the Assembly for the Liberation of Syria.

“Certainly with the Islamic State of Iraq and the Levant (ISIL, also known as ISIS) being the star, if you will, in Syria, Iraq and elsewhere, al-Qaeda is trying to be relevant at a time when it is no longer relevant,” he said.

“Al-Qaeda itself has changed over the last decade. Once upon a time, it used to be a hierarchical group whereby Zawahiri’s boss, Osama bin Laden, used to give orders and orders used to be carried through. Various organisations joined the franchise because they knew there was some sort of a hierarchy.”

Bishara explained that the organisation has become segmented over the past decade, with ideologically linked al-Qaeda groups from Yemen to Iraq acting with autonomy.

“These are very autonomous groups and they are not taking any instructions from Ayman al-Zawahiri or from any headquarters in Pakistan, Afghanistan … Syria is where there could be a turning point.” 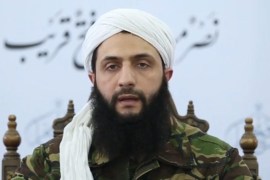 Tough choices ahead as al-Nusra splits from al-Qaeda

The split from al-Qaeda has long been considered, and is to a significant degree based on Syrian revulsion. 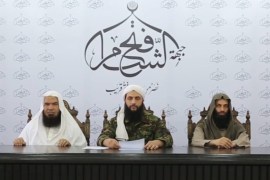