Arkansas suffered two more setbacks in its unprecedented bid to carry out eight executions this month with the state’s highest court granting a reprieve to an inmate scheduled to die on Thursday and a county court saying the state cannot use one of its lethal injection drugs in any executions.

While both of Wednesday’s rulings could be overturned, Arkansas now faces an uphill battle to execute any inmates before the end of April, when another of its drugs expires.

The state originally set eight executions to occur over an 11-day period in April, which would have been the most by a state in such a compressed period since the US Supreme Court reinstated the death penalty in 1976.

But Arkansas has faced a wave of legal challenges, and the latest ruling from Pulaski County Circuit Judge Alice Gray over the drug vecuronium bromide upends the entire schedule.

Gray sided with McKesson Corp., which had argued that it sold Arkansas the drug for medical use, not executions, and that it would suffer harm financially and to its reputation if the executions were carried out.

“Irreparable harm will result. Harm that could not be addressed by [monetary] damages,” Gray said in a ruling from the bench.

A state prison official testified that he deliberately ordered the drug last year in a way that there would not be a paper trail, relying on phone calls and text messages, the AP news agency reported.

Arkansas Department of Correction Deputy Director Rory Griffin said he did not keep records of the texts, but McKesson salesman Tim Jenkins did.

In text messages from Jenkins’ phone, which came up at Wednesday’s court hearing, there is no mention that the drug would be used in executions.

Four of the eight inmates have received stays on unrelated issues.

Previous legal battles have prevented the state from executing any prisoner since 2005.

Pending before the US Supreme Court is an appeal by all eight inmates, who contend the compressed execution schedule increased the likelihood of a botched execution and that one of the three drugs, midazolam, has been proven ineffective in rendering unconsciousness prior to administration of the two lethal agents.

Under Arkansas protocol, midazolam is used to sedate the inmate, vecuronium bromide then stops the inmate’s breathing and potassium chloride stops the heart.

If Gray’s ruling is vacated by the Arkansas Supreme Court or the state obtains a different supply of vecuronium bromide, the executions of four other inmates who have not received individual stays could potentially go forward.

Arkansas officials have said they are unable to obtain the necessary drug from any other source, and have acknowledged in court papers that should McKesson prevail, all pending executions would be effectively blocked.

But the Arkansas Supreme Court vacated Griffen’s ruling days after he participated in an anti-death penalty rally and reassigned some of his cases. In that order, the state Supreme Court did not elaborate on its reasoning.

Meanwhile, the Arkansas Supreme Court on Wednesday granted a stay of execution to inmate Stacey Johnson, who had been set to die on Thursday.

Johnson’s attorneys requested additional DNA testing on evidence that they say could prove his innocence in the 1993 rape and killing of Carol Heath. The Innocence Project filed the appeal along with Johnson’s attorney.

Another inmate, Ledell Lee, was scheduled for execution on Thursday night and has a similar request pending for more DNA testing, though a Pulaski County judge ruled against him on Tuesday.

“Because [Lee], like Stacey Johnson, has never gotten a hearing on his DNA petition, and has maintained his innocence for over two decades, we are hopeful that the Arkansas Supreme Court will also grant him a stay and give him a hearing on the DNA evidence,” said the Innocence Project’s Nina Morrison, who is one of Lee’s attorneys.

The state can ask the Arkansas Supreme Court to reconsider its decision or appeal to the US Supreme Court, which on Monday opted not to vacate a separate stay involving inmate Don Davis. 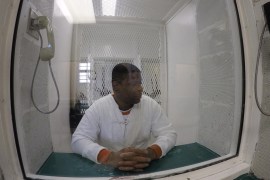 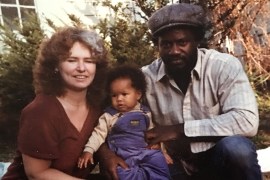