The ruling Republican Party of Armenia is leading the country’s parliamentary elections, according to an exit poll.

The vote on Sunday is the first since the adoption of constitutional reforms transforming the ex-Soviet country into a parliamentary republic. It pits the Republican Party of Armenia, backed by President Serzh Sarkisian, against an alliance led by businessman and former world champion arm wrestler Gagik Tsarukyan.

The exit poll by Baltic Surveys/The Gallup Organization, reported by Armenian television, put the Republicans on 46 percent of votes cast. The Prosperous Armenia trailed at 25 percent.

The election is a key democratic test for the small landlocked nation of 2.9 million, which has no history of transfers of power to an opposition through the ballot box.

Ahead of the vote, the European Union delegation to Armenia and the US embassy said in a joint statement that they were “concerned by allegations of voter intimidation, attempts to buy votes, and the systemic use of administrative resources to aid certain competing parties”.

This time, the country aims to hold an exemplary vote to elect “a parliament trusted by society”, the president told AFP news agency in an interview in March.

He said his government “has made enormous efforts so that [Sunday’s] milestone vote is flawless”.

The vote comes after constitutional amendments initiated by Sarkisian in 2015 that his opponents say were designed to keep the ruling Republican Party in power.

The amendments will shift the country away from strong presidency to a parliamentary form of government after Sarkisian’s second and final term ends in 2018.

Sarkisian has denied the allegations and defended the changes as “part of Armenia’s democratisation process”, saying they would empower the opposition.

Voting, which ended at 16:00 GMT, will be monitored by international observers from the Organisation for Security and Cooperation in Europe. 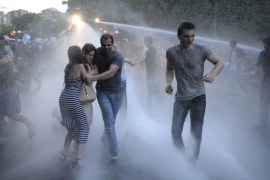 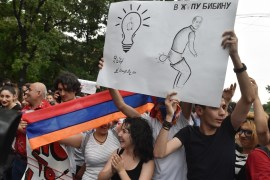