More than 21,000 convicted drug offenders in the US state of Massachusetts may have their cases dismissed because a former police chemist tampered with evidence and falsified tests.

If the cases are thrown out, the event would mark the largest dismissal of criminal convictions in US history, according to the American Civil Liberties Union (ACLU) of Massachusetts.

The state’s highest court had ordered district attorneys in seven counties to produce lists by Tuesday indicating how many of approximately 24,000 cases involving Annie Dookhan they would be unable or unwilling to prosecute if the defendants were granted new trials.

The cases would be formally dismissed by court action, expected on Thursday, the ACLU said.

“Today is a major victory for justice and fairness, and for thousands of people in the commonwealth who were unfairly convicted of drug offences,” Matthew Segal, legal director of the ACLU of Massachusetts, said on Tuesday.

An investigation in 2013 found that Dookhan falsified test results as far back as 2004.

Prosecutors said Dookhan admitted “dry labbing,” or testing only a fraction of a batch of samples, then listing them all as positive for illegal drugs.

Her motive, they said, was to lift her productivity and reputation. She was sentenced to three years in prison and was paroled last year.

Some of those convicted lost their jobs or homes while others were deported, said Anthony Benedetti, chief counsel of the Committee for Public Counsel Services.

“In many respects the damage has been done,” Benedetti said. “Justice delayed is justice denied.”

Others have already completed their sentences.

But wiping away their convictions will help them in other ways, such as employment, housing or immigration status, said Daniel Marx, a lawyer who argued for the dismissals.

“Now, a majority of these wrongfully convicted individuals will have the opportunity to clear their records and move on with their lives,” he said.

While the Massachusetts case highlights the perils of poor courtroom science, the justice department is ending a partnership designed to improve scientific evidence.

WATCH: Under The Microscope – The FBI Hair Cases

Sessions has also suspended an NCFS review into the evidence that was used in cases that have now closed.

Some scientists are concerned that forensics will now be overseen by law enforcement authorities, as opposed to the non-partisan NCFS.

The commission has found that FBI experts often overstated the accuracy of their evidence.

That analysis has changed standards for what is allowed in court.

“There have been a lot of people let out of jail after many years … because of some evidence that was refuted later on,” Bill Lidinsky, director of the forensics laboratory at the Illinois Institute of Technology, told Al Jazeera.

In March, Keith Harward was freed from a Virginia prison after 33 years on rape and murder charges he did not commit. Two dentists said his teeth matched bite marks on the victim.

Forensics now regard bite mark matches as unreliable, and question whether other courtroom science should also be reviewed. 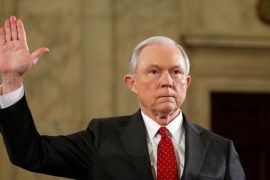 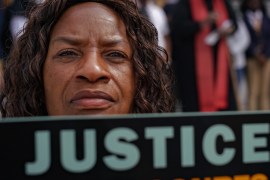 Fault Lines investigates the Alabama prison system, as prisoners lead a bold campaign to reform it from the inside. 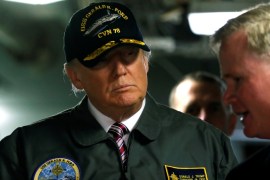