At least 30 people have been killed as flash flooding hit northwestern Iran on Saturday.

Torrential rains that began on Friday lashed East Azerbaijan province with state television showing images of rivers bursting their banks, flooded houses, and cars being swept away by the surging water.

The districts of Ajabshir and Azarshahr were worst hit.

The East Azarbaijan Governor’s Office of Crisis Management said “16 bodies were found in Ajabshir city and 14 in the city of Azarshahr”. 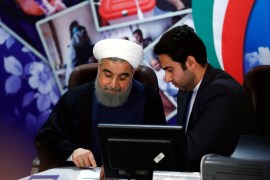 Upcoming vote will be seen, among other things, as a referendum on the landmark nuclear deal signed with world powers. 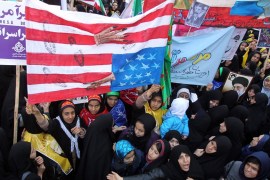 Iran hits back at US with ‘reciprocal’ sanctions