The trust between Washington and Moscow has “deteriorated” since Donald Trump was elected US president, Russian President Vladimir Putin said on Wednesday, as the Kremlin dismissed US calls to abandon Syrian President Bashar al-Assad as “short-sighted” and “absurd”.

The comments came as Russian Foreign Minister Sergei Lavrov called the Trump administration to clarify its policies as he opened a fraught meeting with his American counterpart, Rex Tillerson.

Putin doubled down on Russia’s support for Assad, repeating denials that Syria’s government was to blame for a suspected gas attack last week on a rebel-held town, adding that it may have been faked by Assad’s enemies.

“I won’t hide the fact that we have a lot of questions, taking into account the extremely ambiguous and sometimes contradictory ideas which have been expressed in Washington across the whole spectrum of bilateral and multilateral affairs,” Lavrov said.

“And of course, that’s not to mention that apart from the statements, we observed very recently the extremely worrying actions, when an illegal attack against Syria was undertaken.”

Lavrov also said that many key US State Department posts remain vacant since the new administration took office – a point of sensitivity in Washington.

One of Lavrov’s deputies was even more undiplomatic.

“As a whole, the administration’s stance with regards to Syria remains a mystery. Inconsistency is what comes to mind first of all.”

Tillerson kept to more calibrated remarks, saying his aim was “to further clarify areas of sharp difference so that we can better understand why these differences exist and what the prospects for narrowing those differences may be”.

“I look forward to a very open, candid and frank exchange so that we can better define the US-Russian relationship from this point forward,” he told Lavrov.

Moscow’s comments appeared to reflect a sharp change from last year, when Putin hailed Trump as a strong figure and Russian state television was consistently full of effusive praise for him.

“Lots of people were predicting that the perceived ‘honeymoon’ between Putin and Trump would not last; that it would not withstand the first foreign policy crisis that came along – and it seems that those predictions were fairly correct,” Al Jazeera’s Rory Challands, reporting from Moscow, said.

“People point to Russia and the US as having fairly fundamentally misaligned interests around the world – and the Russians would like clarification,” he added.

“They thought they were getting a president in Trump who would warm relations up, who would maybe pull back NATO troops, lessen the US commitment to Euro-Atlantic security and not interfere so much in the Middle East – I think they’ve been disappointed from what they’ve seen so far.”

Meanwhile, Syria’s government and rebels have exchanged more than 30 prisoners and nine bodies, part of a larger agreement to evacuate thousands of residents from four besieged areas in different parts of the country, activists and officials said on Wednesday.

The exchange came before the planned evacuation of more than 10,000 residents from two pro-government Shia villages in northern Syria, Foua and Kefraya, and the rebel-held towns of Madaya and Zabadani near Damascus.

Critics say the transfer amounts to forced displacement. The four areas have been linked through a series of agreements between government forces and rebels that the UN says have hindered aid access.

Hakim Baghdadi, a member of the relief committee for Foua and Kefraya, said the overnight release was overseen by the Syrian Arab Red Crescent. He said gunfire erupted during the exchange, causing a pause in the process.

Abdul-Wahab Ahmad, a media activist from the rebel-held town of Madaya, said the first batch of 20 buses arrived and people are preparing to leave. 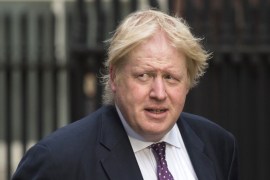 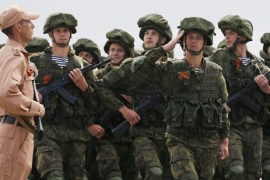