A Yemeni journalist has been sentenced to death by a Houthi court, which accused him of collaborating with enemy states, activists have said.

Yahya Abduraqeeb al-Jubaihi was kidnapped by Yemen’s Houthi rebels from his home in September 2016 and was forcibly disappeared.

This is the first time a journalist has been sentenced to death in Yemen.

Hooria Mashhour, Yemen’s former minister for human rights, wrote on Twitter “We have to stand against this farce trial”.

Jubaihi is among at least 36 activists currently being tried by a Houthi court in Sanaa.

The Yemeni Journalists Syndicate issued a statement condemning the death sentence of Jubaihi, calling the sentence “heinous” and “unconstitutional”.

It demanded the immediate release of Jubaihi and all other activists held by the Houthis.

Baraa Shiban, a caseworker with Reprieve UK, an international human rights organisation, wrote about the trial on Twitter, saying that the mothers of those on trial protested outside the prison but were attacked by the Houthis.

11. Activists' mothers protested next day in front of Yemeni intelligence prison but were attacked and chased by Houthi armed men

Among activists who are being prosecuted by the Houthis are journalists, professors, researchers and teachers.

5. A professor during trial said they were tortured, finger nails being pulled out, humiliation… judge considered information irrelevant

A video being shared online shows the Houthi trial in Sanaa of the activists who have been forcefully disappeared since 2015.

On December 20, 2016, Mohammed al-Abbsi, another Yemeni journalist, died in hospital, reportedly from a heart attack.

Where are journalists under attack?

An autopsy was performed at the direction of his family, and the results, which were released on February 5, 2017, confirmed that he was killed by exposure to a toxic gas.

An Arab coalition was assembled by  Saudi Arabia  in 2015 to fight the Houthis and troops loyal to former President  Ali Abdullah Saleh . 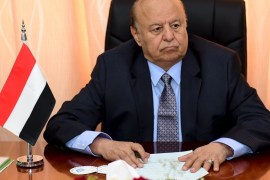 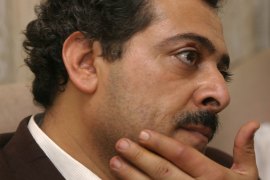 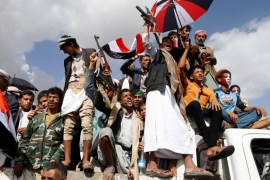