UN Secretary-General Antonio Guterres has called for new talks on the decades-old Western Sahara conflict, saying negotiations should address proposals from both Morocco and separatist movement the Polisario Front.

UN efforts have repeatedly failed to broker a settlement over the disputed territory, contested since 1975 when the colonial power Spain left, which Polisario says belongs to the Sahrawi people who fought a guerrilla war against Morocco until a 1991 UN-backed ceasefire.

“I intend to propose that the negotiating process be relaunched with a new dynamic and a new spirit,” Guterres said in his report presented for review to the Security Council on Monday.

“For progress to be made, the negotiations must be open to both parties’ proposals and ideas. Algeria and Mauritania, as neighbouring countries, can and should make important contributions to this process.”

A Moroccan foreign ministry source called the UN report more objective in tone than past ones, while a Polisario representative said the Sahrawi movement was ready for talks that were serious and without preconditions.

The UN report said talks must aim for a mutually acceptable political solution over the ultimate status of Western Sahara, including through agreement on “the nature and form of the exercise of self-determination”.

“The tone has clearly changed, and the parameters have taken into consideration a realistic approach that demonstrates the will to protect a certain degree of objectivity,” the Moroccan foreign ministry source said of the new report, noting also the call for neighbouring countries to participate.

“Everything has its time,” the source said when asked about whether the report would lead to participation in talks.

Polisario insists on the referendum with independence as an option and says only Morocco and Polisario should be at the negotiating table.

Last year, tensions spiked during a standoff in the remote Guerguerat area. UN peacekeepers stepped in after Moroccan gendarmerie went outside Moroccan-controlled areas in what they said was a road-clearing operation, prompting the mobilisation of Polisario forces.

Morocco in February said that it had withdrawn its troops from the buffer zone, but Polisario says it will remain in the area as a precaution.

Guterres called on the Security Council to “urge” the Polisario to “fully and unconditionally” withdraw from the Guerguerat buffer strip, noting that the “risk of an incident or accident remains high”. 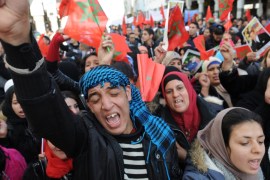 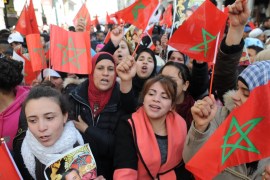 Nasser Bourita says Rabat will never change stance that Western Sahara is an integral part of its territory.