An outbreak of meningitis epidemic has killed 324 people, mostly children, across several states in Nigeria since mid-December, according to the country’s ministry of health.

More than 2,500 people were infected with cerebrospinal meningitis in 16 of 36 states across Africa’s most populous nation of about 180 million people, Boade Akinola, a health ministry spokeswoman, said on Saturday.

Most of the dead are children aged five to 14.

Chikwe Ihekweazu, who is in charge of the Nigeria Centre for Disease Control, said that efforts to curb the meningitis C outbreak are hampered by a worldwide shortage of vaccine.

He told journalists that the World Health Organization has delivered 500,000 doses of vaccine, but an estimated three million are needed just in Zamfara, the worst-hit of 15 states in north and central Nigeria.

Meningitis is an acute inflammation of the protective membranes covering the brain and spinal cord caused by an infection with microorganisms. It has a high mortality rate if untreated.

The worst outbreak took place in 1996, when almost 12,000 people died from the disease, according to health ministry statistics. 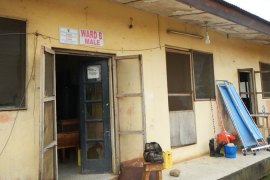 Spread of Ebola contained, but health system is having trouble dealing with treatable diseases which kill thousands. 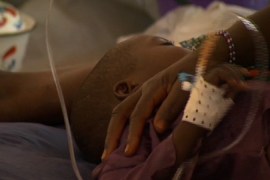