Iraq’s parliament has rejected a decision to raise the Kurdistan flag alongside the Iraqi flag on public buildings and institutions in Kirkuk city.

Iraqi MPs voted in favour of displaying only the Iraqi flag on Kirkuk’s buildings on Saturday, in a session attended by 186 members of the 328-seat parliament.

Hasan Turan, an MP for Kirkuk province, told the Anadolu news agency that Kurdish politicians walked out before the vote could take place.

Earlier in the week, the semi-autonomous Kirkuk Provincial Council (KPC) voted in favour of raising the Kurdistan Regional Government’s flag (KRG) alongside Iraqi national flag on public buildings in the city.

However, that vote was vetoed by most Arab and Turkmen members of the KPC.

The issue comes at a time when KRG leader Massoud Barzani has made several remarks on holding a possible referendum on independence.

Kurdish news agency Rudaw reported that members of the KPC are determined to embark on a project aimed at merging Kirkuk with the Kurdistan region’s administration.

“We have collected 22 signatures to renew that demand and present it to the concerned parties in the Kurdistan Region so that they act on it,” Ibrahim Khalil, a Kurdish member of the Council told Rudaw on Friday.

“It is our rightful and constitutional right.”

The city is home to Kurds, Arabs, Turkmen, and Assyrians, as well as tens of thousands of people fleeing the Islamic State of Iraq and the Levant (ISIL, known as ISIS) group and Shia militias from other areas of Iraq. 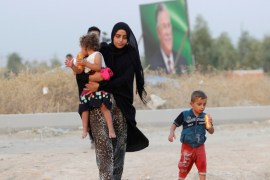 As the battle of Mosul looms, it may be wise to place on the back burner the debate on regional formation initiatives. 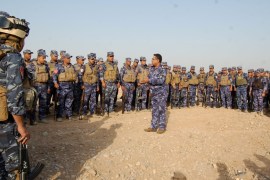