At least 24 people have been killed and dozens injured after an overcrowded bus veered off a mountain road and crashed into a stream 200m downhill in northwestern Nepal, according to local officials.

Suman Kharel, an official at the country’s remote Jajarkot district, told the AFP news agency on Thursday that 16 people were killed instantly, while the other eight died in hospital.

The nearest hospital was struggling to cope with the number of casualties and some people were being taken to other districts for treatment, he said.

“The district hospital is crowded with injured and we are still searching for people at the accident site,” Krishna Chandra Paudel, another local official, said.

The officials blamed the accident on overcrowding, saying that there were about 50 passengers on the bus.

The vehicle, which was travelling down a narrow and windy road from the village of Khalanga in Jajarkot district to Khara in Rukun, was also in a poor state of repair, Paudel said. 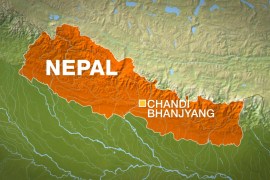 At least 16 rescued as efforts under way to recover more bodies after bus fell into Trishuli river in Chitwan district. 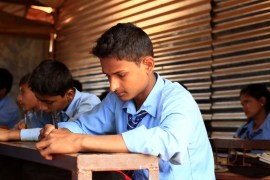