A suspect in the murder of the North Korean leader’s estranged half-brother, Kim Jong-nam, has said he was a victim of a conspiracy by Malaysia aimed at damaging North Korea‘s honour.

Speaking to reporters outside the North Korean embassy in Beijing, Ri Jong-chol, a North Korean, accused the Malaysian government on Saturday of using coercion to extract information from him in detention.

“I realised that this is a conspiracy plot to try to damage the status and honour of the republic,” he said, adding that he was presented with false evidence while in Malaysia.

Ri, who was deported to China on Friday after being released by Malaysian police a day earlier, denied knowing anything about an accusation that his car was used in the case and said he was not at the airport on the day of the killing.

“I had no reason to go. I was just doing my work,” he said, adding that he worked in Malaysia trading ingredients needed for soap manufacturing.

Kim was murdered on February 13 at Kuala Lumpur International Airport, where he was allegedly attacked by two women who, according to Malaysian police, smeared his face with VX, a chemical classified by the United Nations as a weapon of mass destruction.

North Korea on Thursday denied accusations that it was involved, saying the victim died from heart failure.

The incident has undermined North Korean-Malaysian relations, which had been friendly. Malaysia announced on Thursday that it was stopping visa-free travel for North Koreans.

The suspects, Indonesian Siti Aisyah, 25, and Vietnamese Doan Thi Huong, 28, were formally charged with murder in a Malaysian court on Wednesday. If convicted, they will face the mandatory death penalty.

Although he had criticised his half-brother’s regime, Kim was not known to be seeking political power. 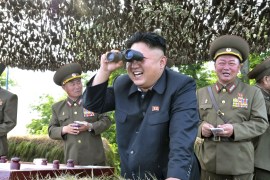 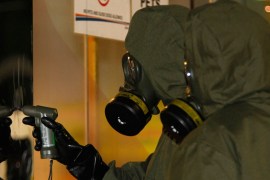