Ivanka Trump will take an official government role as an unpaid adviser to her father US President Donald Trump, the White House announced on Wednesday.

The first daughter, whose husband Jared Kushner also works as a senior advisor to the president, will not receive a salary for her work as a federal employee. Kushner, a real estate developer, is also unpaid.

“We are pleased that Ivanka Trump has chosen to take this step in her unprecedented role as first daughter and in support of the president,” a White House statement said.

“Ivanka’s service as an unpaid employee furthers our commitment to ethics, transparency, and compliance and affords her increased opportunities to lead initiatives driving real policy benefits for the American public that would not have been available to her previously.”

In the couple of months since her father became president Ivanka, 35, has been a regular presence at the White House, where she already has an office.

She was present when her father received Japanese Prime Minister Shinzo Abe in January, and earlier this month took part in a round-table discussion with President Trump and Chancellor Angela Merkel during the German leader’s visit to the White House.

Her involvement with her father’s official duties has raised eyebrows in some quarters over possible conflicts of interest.

But Ivanka, who was part of her father’s business empire and ran a fashion line, said those qualms are unfounded.

“I have heard the concerns some have with my advising the president in my personal capacity while voluntarily complying with all ethics rules, and I will instead serve as an unpaid employee in the White House Office, subject to all of the same rules as other federal employees,” she said in a statement.

“Throughout this process I have been working closely and in good faith with the White House Counsel and my personal counsel to address the unprecedented nature of my role.”

Neither Kushner nor Ivanka Trump has any experience in elected office or public policy.

In addition to raising questions over possible conflicts of interest, the young couple’s influence on the president has fueled broader debate on the absence of clear boundaries between the Trump family’s business dealings and its member’s political activities.

Ivanka Trump’s lawyer, Jamie Gorelick, told the news website Politico last week that the president’s daughter will have access to classified information and be bound by the same rules that apply to other White House advisers who are on the government payroll.

“Our view is that the conservative approach is for Ivanka to voluntarily comply with the rules that would apply if she were a government employee, even though she is not,” Gorelick told the outlet.

“Having an adult child of the president who is actively engaged in the work of the administration is new ground.”

Part of the novelty stems from the fact that relatives of elected officials cannot legally be hired for most federal jobs due to potential conflicts of interests.

Yet Trump succeeded in getting Kushner on board at the White House by arguing that the executive office of the president was not covered by federal anti-nepotism rules. Kushner said that by putting his interests in a trust, and not being paid for the job, he could avoid the rule.

Kushner’s family business has invested some $7bn in property acquisitions in the past decade, often with overseas partners – and his father-in-law now is formally in charge of financial regulation.

Two Democratic senators, Elizabeth Warren of Massachusetts and Tom Carper of Delaware, sent a letter to the Office of Government Ethics on Wednesday saying that Ivanka Trump’s “increasing, albeit unspecified, White House role … (has) resulted in substantial confusion,” and questioned how her ethics compliance would be ensured. 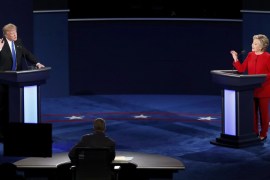 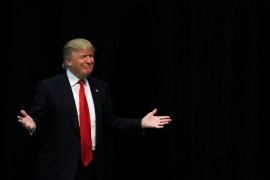 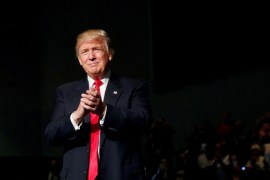 Attorney general says foundation cannot close because it remains the subject of an ongoing investigation.