Clashes broke out between rival Kurdish groups in northwestern Iraq after a force loyal to one party was deployed to an area controlled by another.

#Shingal: First batch of pictures from #Khansor, where clashes are taking places between #PKK-affiliated YBS and Rojava-Peshmerga. pic.twitter.com/PnL18yvcZv

“This morning at seven clashes started with DShK [heavy machineguns]. Now there are martyrs and wounded on both sides,” a Kurdish security source told Reuters news agency.

Friday morning’s clashes came after Barzani’s official visit to Turkey. YBS forces suggested that by deploying troops to the Sinjar area, the KRG was trying to force out the group affiliated with the PKK to please Ankara.

“These efforts [by KRG affiliated Peshmerga] that comes after Barzani’s visit to Ankara is not a coincidence. It is a provocative attempt, based on an order from Ankara,” YBS said in a statement published by the Kurdish news agency Rudaw.

Barzani has close ties with Turkey and Turkish troops are currently stationed in the Bashiqa camp in northern Iraq with his invitation – and against Baghdad’s will – training local fighters who are supposed to take part in the operation to oust the Islamic State of Iraq and the Levant group from Mosul.

The PKK, on the other hand, is an armed group that has been fighting for Kurdish autonomy within Turkey since 1984. Turkey, the United States and the European Union designate the PKK as a “terrorist organisation”.

Yazidi groups in Sinjar, who are ethnically Kurdish, have been trained to fight against ISIL by the Kurdish People’s Protection Units (YPG), an armed group which Turkey considers to be the Syrian arm of the PKK.

The Obama administration denied these claims and insisted that YPG was a “reliable American ally” in the fight against ISIL (also known as ISIS) group in Syria and Iraq.

The new Trump administration’s policy on these Kurdish groups is still emerging. 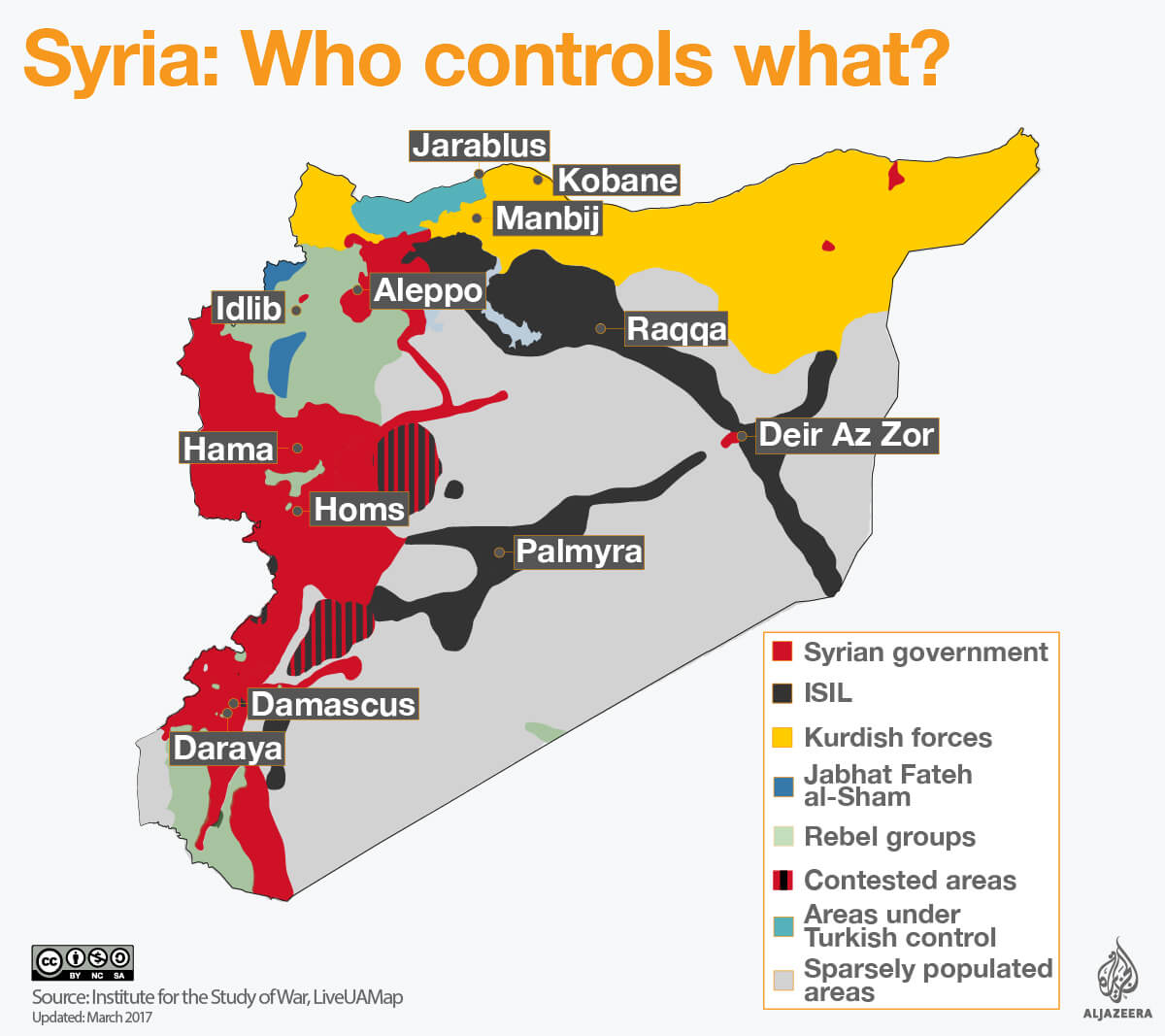 In a separate development, Turkish Foreign Minister Mevlut Cavusoglu said Turkey may attack PKK affiliated Kurdish forces directly in northern Syria if they do not immediately withdraw from the town of Manbij.

“We do not wish any of our allies to stand with terrorist groups,” Cavusoglu told reporters on Thursday. “We stated earlier that Turkey will hit the YPG unless they withdraw from Manbij.”

Cavusoglu said Turkey and the US “must not face off against each other because of Turkey’s fight against other terrorist groups”, meaning groups besides ISIL, the main focus of Turkey’s Operation Euphrates Shield in northern Iraq.

The Turkish-led Operation Euphrates Shield in northern Syria began last August to improve security, support coalition forces, and eliminate the threats coming from ISIL and the Kurdish militia along the Turkish border.