Congolese police fired rounds into the air and launched tear gas canisters to disperse hundreds of opposition supporters in Kinshasa on Tuesday after talks between the opposition and President Joseph Kabila‘s government fizzled out.

Unrest broke out in the Democratic Republic of Congo‘s capital after Catholic bishops withdrew from their role as mediators between the government and opposition in talks aimed at paving the way for delayed elections later this year.

Demonstrators, some burning tyres at city crossroads, took to the streets in several areas in Kinshasa.

A Reuters news agency witness saw opposition members gathering at the home of the late Etienne Tshisekedi, the main opposition party’s former leader, during a news conference with his son, the new Union for Democracy and Social Progress (UPDS) party leader, Felix Tshisekedi.

Kabila’s mandate ran out in December but polls were not held because of what the government said were budgetary constraints, sparking violent protests at the end of last year in which security forces killed at least 40 people.

In January, the bishops warned the deal was at risk of unravelling if politicians did not act quickly to reach compromises and implement it.

The bishops stepped aside on Tuesday after progress on the deal stalled, raising the prospect of renewed violence in a country that has suffered a succession of wars and rebellions.

“We think that there’s no longer anything to do,” Donatien Nshole, secretary-general of CENCO, told Reuters. “We have given all our time and all our energy, and in the meantime, pastoral work suffers.”

Kabila has ruled the mineral-rich central African nation since his father’s assassination in 2001. His critics accuse him of deliberately delaying elections in order to remain in power.

DRC has never experienced a peaceful transition of power and millions have died in conflicts in the country’s east since 1996, most from hunger and disease.

Meanwhile, the UN, EU, and African Union expressed “grave concern” on Tuesday over violence in the Kasai region, including the reported killing of 40 police officers on Saturday.

The organisations “condemn this despicable act and express their condolences to the families of the victims”, they said, after Congolese national police accused rebels of killing the officers in an ambush.

Together with the International Organisation of Francophonie, they “express deep concern over the grave situation in the Kasai provinces” in central DR Congo. 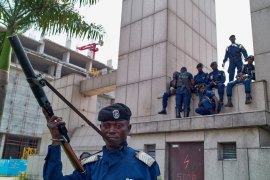 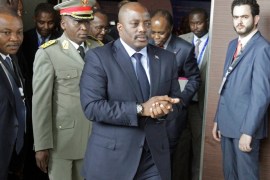 President Joseph Kabila has agreed to step down after elections next year in a power-transfer deal backed by the church.