Dozens of people were killed earlier this week in a suspected US-led coalition air raid that hit a school sheltering displaced people near Raqqa, ISIL’s self-declared capital in Syria, according to a monitoring group.

The UK-based Syrian Observatory for Human Rights said on Wednesday that its contacts had counted at least 33 bodies at the site near the village of al-Mansoura, west of Raqqa.

The group, which monitors Syria’s war via a network of contacts on the ground, said it believed the air raid at the school-turned-shelter had been carried out by the US-led coalition fighting ISIL, which stands for Islamic State of Iraq and the Levant, and is also known as ISIS.

The air raid early on Tuesday morning was also reported by the activist-run Raqqa is Being Slaughtered Silently group, which said dozens of civilians were dead or still missing after the air raid.

A Pentagon spokesman said on Wednesday that the US-led coalition would ask its “civilian casualty team” to investigate the allegations.

The US-led coalition has intensified its aerial campaign against ISIL around Raqqa this month, with numerous civilian casualties reported.

Earlier this month, the coalition said its raids in Syria and Iraq had unintentionally killed at least 220 civilians since 2014. But critics say the number is far higher.

Al Jazeera’s Hashem Ahelbarra, reporting from Beirut, said the school in al-Mansoura housed many refugees who had fled the fighting in Raqqa.

“This is an area where the US-led coalition has been launching air strikes to break the defence lines of ISIL in Raqqa,” he said.

“Some say that more than 30 people were killed in the strikes, others suggest that this number could be even higher.”

The Syrian Democratic Forces (SDF), a Kurdish-led group of militias backed by the US-led coalition, is fighting to isolate Raqqa ahead of an anticipated assault on the city, which the ISIL group has used as a command node to plan attacks abroad.

In a statement put out on social media on Wednesday, the SDF said the US-coalition had air-dropped US and SDF forces near the town of Tabqah in Raqqa province, expanding its campaign against ISIL in the area.

The operation aims to both capture the strategic area of al-Tabqah across the Euphrates River from the SDF’s other holdings, and to curb Syrian government advances in that direction.

Pentagon spokesman Eric Pahon described the the operation as a large, high-priority offensive to secure the area around al-Tabqah and the associated Tabqah Dam on the Euphrates river.

The head of the YPG militia, the strongest in the SDF, said last week that the offensive to retake Raqqa would begin in early April, but a spokesman for the US Pentagon said no decision had yet been made.

Hundreds of thousands of people have been killed and millions more displaced since Syria’s conflict erupted in March 2011 with protests against President Bashar al-Assad.

The conflict has since escalated into a multi-front war that has facilitated the rise of armed groups and drawn in international powers, including the US. 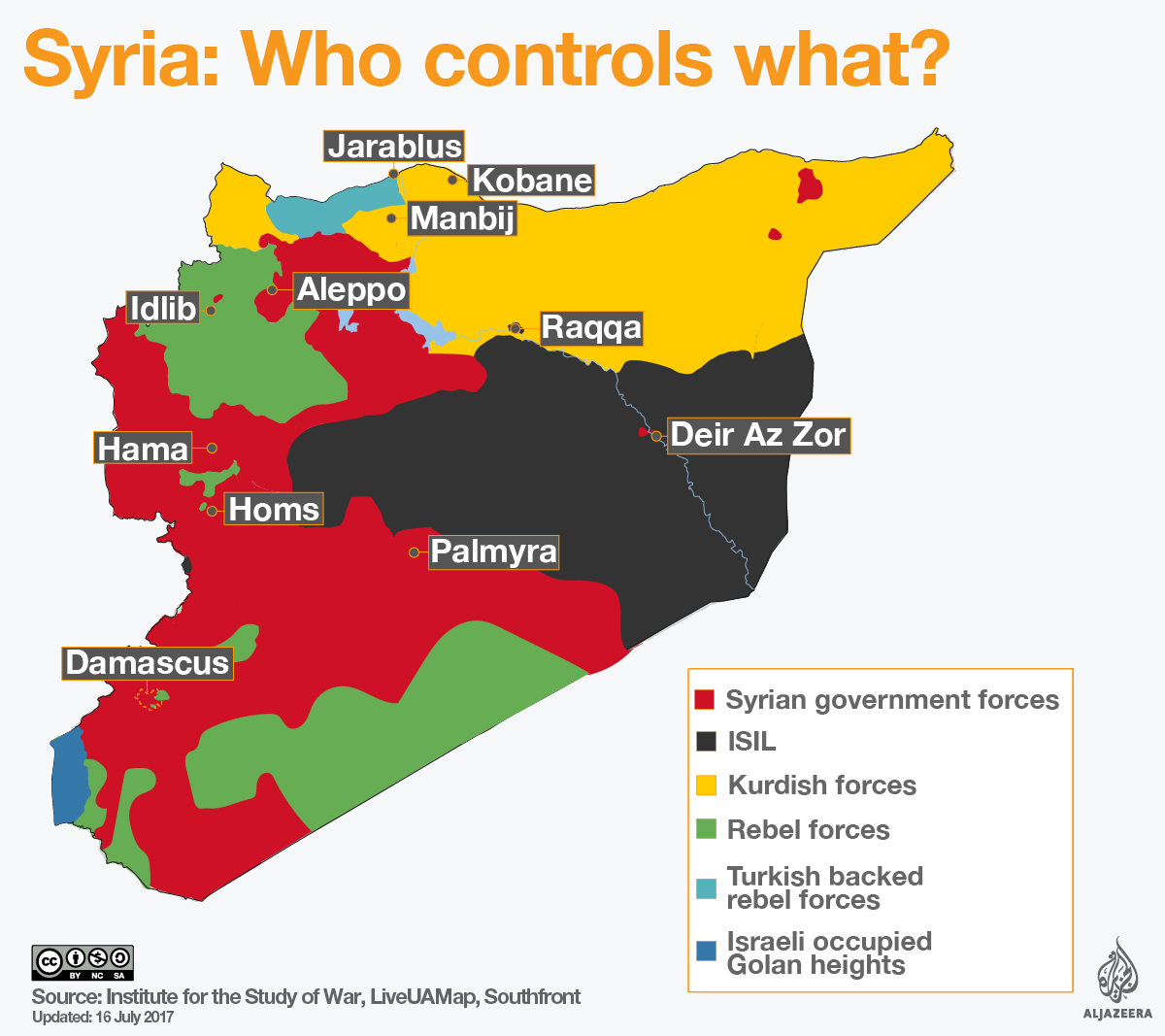