Israel’s prime minister backed out of an agreement to establish a new broadcasting authority on Sunday, creating a coalition crisis with one of his key partners that could lead to early elections.

The conflict centres on the fate of the struggling state-run Israel Broadcasting Authority. Netanyahu initially ordered it shut down and replaced with a new corporation, only to reverse course once the emerging personnel of the new body did not seem as favourable as his administration had hoped.

Benjamin Netanyahu insisted that his coalition partners are required to side with his ruling Likud party regarding all media regulation matters.

But Finance Minister Moshe Kahlon, head of the centrist Kulanu party, said the corporation would start broadcasting next month as planned.

The crisis has sparked speculation that the coalition could fall apart, and new elections called.

Before departing on a weeklong visit to China, Netanyahu said Kahlon’s insistence was “unacceptable” and there was no need for the new corporation to be established when the current authority could be reformed.

Netanyahu has long tried to curb his many detractors in the media, which he considers biased against him.

The prime minister recently confirmed for the first time that he called an early election in 2015 to block legislation aimed at curtailing the distribution of Israel Hayom, a free daily financed by billionaire backer Sheldon Adelson that largely serves as his mouthpiece.

This time, though, speculation is rife that Netanyahu may be trying to use a potential election to deflect the numerous police investigations into his alleged corruption scandals.

Several Netanyahu associates have threatened that he will call an election if Kahlon does not back down from his demands. Others, however, say it’s a minor scuffle that should not unravel the government.

Several ministers and Likud MPs are known to be against a snap election, and it is unlikely that right-wing and ultra-Orthodox parties would want to join a more centrist government.

Transport and Intelligence Minister Yisrael Katz said he opposed fresh elections and believed a compromise could be found.

“I think that only two years after the elections, it’s not the time to go to new elections,” Katz, a senior member of Netanyahu’s Likud who aspires to one day replace the prime minister, told AFP news agency.

Netanyahu’s current coalition, seen as the most right-wing in Israel’s history, includes 67 out of parliament’s 120 members. Kahlon’s Kulanu has 10 seats, and the current coalition would not survive without him.

The government is dominated by hardliners who support an increase in settlement construction across the occupied Palestinian territories, including East Jerusalem.

But even if the coalition collapses it does not necessarily mean there will be new elections, which are currently slated for late 2019.

The country’s ceremonial president could appoint someone else to try and build a new coalition, a scenario opposition chief Isaac Herzog says he has already discussed with Kahlon. 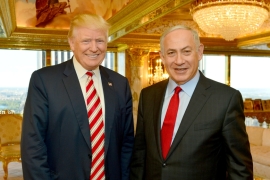 What seems to be a win for the Israeli prime minister could, in fact, be chaos in the long-term. 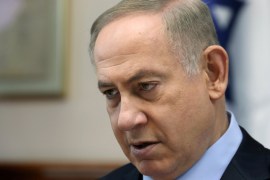