Modi’s Hindu nationalist Bharatiya Janata Party won an absolute majority in the northern state of Uttar Pradesh, home to 220 million people and seen as a bellwether of national politics, in a massive vote of confidence for the premier halfway into his first term.

Earlier, television footage showed BJP workers garlanding and feeding sweets to the Hindu hardliner who was draped in his iconic saffron-coloured robe.

A five-time MP from the BJP, Adityanath is a popular leader known for his fiery Hindu rhetoric who has stirred controversies over his polarising and inflammatory speeches against Muslims – who form nearly 20 percent of the state’s population.

Most recently, he lauded US President Trump’s travel ban that aimed to halt immigrants from a handful of Muslim-majority countries from entering the country, saying India needed similar action to check “terrorism”.

Adityanath has often fanned flames over religious conversions, inter-religion marriages, and has reportedly been arrested and charged with several crimes in the past including rioting, attempt to murder and trespassing on burial places.

He has also supported strong laws for cow protection, and said minority groups that oppose yoga should either leave the country or drown themselves in the sea.

The rise of the Hindu priest-turned-politician in Uttar Pradesh, a state prone to sectarian strife, surprised many after Modi made his development agenda the focus of his campaign in the region, which is traditionally fractured along caste and religious lines.

But the BJP, which won 312 of the total 403 seats in Uttar Pradesh, reassured Adityanath would work for development and anti-corruption.

“This mandate is against caste politics, religious politics,” Naidu said.

With last week’s clear win in the politically crucial state, the BJP hopes to boost Modi’s chances for a second term in 2019 general elections, but it was unclear whether Adityanath’s appointment would help it get there or backfire.

Modi’s dominance has been largely unchallenged since he won the first overall majority in three decades in 2014 elections on a pledge to wipe out corruption and kick-start the economy. 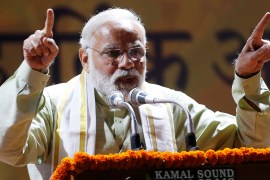 State election wins vindicate PM’s decision to turn campaign into referendum on his performance since coming to power. 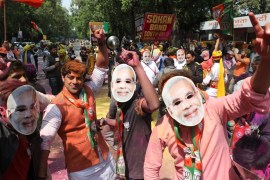 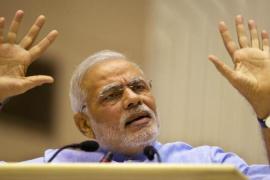