Two women were charged on Wednesday with the murder of Kim Jong-nam, the half-brother of North Korea’s leader, after his assassination by a liquid chemical weapon at a Malaysian airport.

Indonesian Siti Aisyah, 25, and Doan Thi Huong, 28, from Vietnam, were surrounded by a heavy police presence as they were charged in a Kuala Lumpur court over the February 13 killing.

Siti, wearing a red T-shirt, was brought in first to hear the murder charge read out before being taken away. Huong, also dressed casually, then heard the charge in Vietnamese.

The handcuffed women wearing body armour were both told they faced the death penalty if found guilty.

Neither woman was asked to enter a plea, and their trial is not expected to begin for several months.

The suspects, who claim they thought they were merely taking part in a prank video, remained composed throughout the brief hearing. However, Huong looked nervous as she strained her head to look around the courtroom.

Police accuse the pair of having wiped the VX nerve agent into Kim’s face at Kuala Lumpur airport. The deadly poison is classed as a weapon of mass destruction and banned around the world.

The suspects were brought to the isolated court under intense security and bundled into the building through a media scrum.

Al Jazeera’s Florence Looi, reporting from Sepang outside of Kuala Lumpur, said defence lawyers requested a ban on public comments amid the intense media scrutiny over the case.

“The judge granted the gag order that essentially means police and any potential witnesses will have to refrain from making public statements that could incriminate the defendants or compromise their defence,” Looi said.

“We hope that the principle of a defendant being presumed innocent until proven guilty will be adhered to,” Nasir said. “The lawyer that has been appointed will make the case for Siti, and we hope that she gets a fair trial, afforded all her legal rights and not tried by the public.”

American officials and South Korean intelligence have accused North Korean agents of orchestrating Kim’s murder. He had criticised the regime of his half-brother Kim Jong-un and lived abroad.

North Korea has repeatedly criticised Malaysia’s investigation and has not acknowledged the victim’s identity. A high-level delegation from Pyongyang is in Malaysia demanding a return of the body and the release of a North Korean suspect being held.

The next court date for the women will be on April 13 when prosecutors will apply for the accused to be tried jointly. 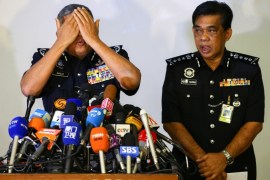 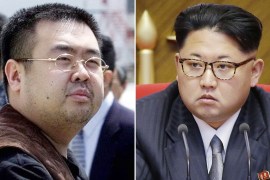