For decades Colombia has struggled with a violent rebellion. Now, peace seems closer than ever with one peace treaty signed and negotiations for another having started again. However, the two largest rebel groups, FARC and ELN, still have large areas of influence.

In November 2016, the government and the FARC rebels signed a peace deal aiming at ending half a century of war. Public opinion has been divided on the deal. Some believe the FARC, or the Revolutionary Armed Forces of Colombia, should pay for crimes such as kidnappings and drug-trafficking, while others want peace to prevail.

Several months later, in February 2017, the government started renewed negotiations with Colombia’s second largest rebel group, the National Liberation Army (ELN). The ELN hopes to clinch an agreement similar to that negotiated last year with the FARC, which allows the rebels to form a political party in exchange for laying down their arms. 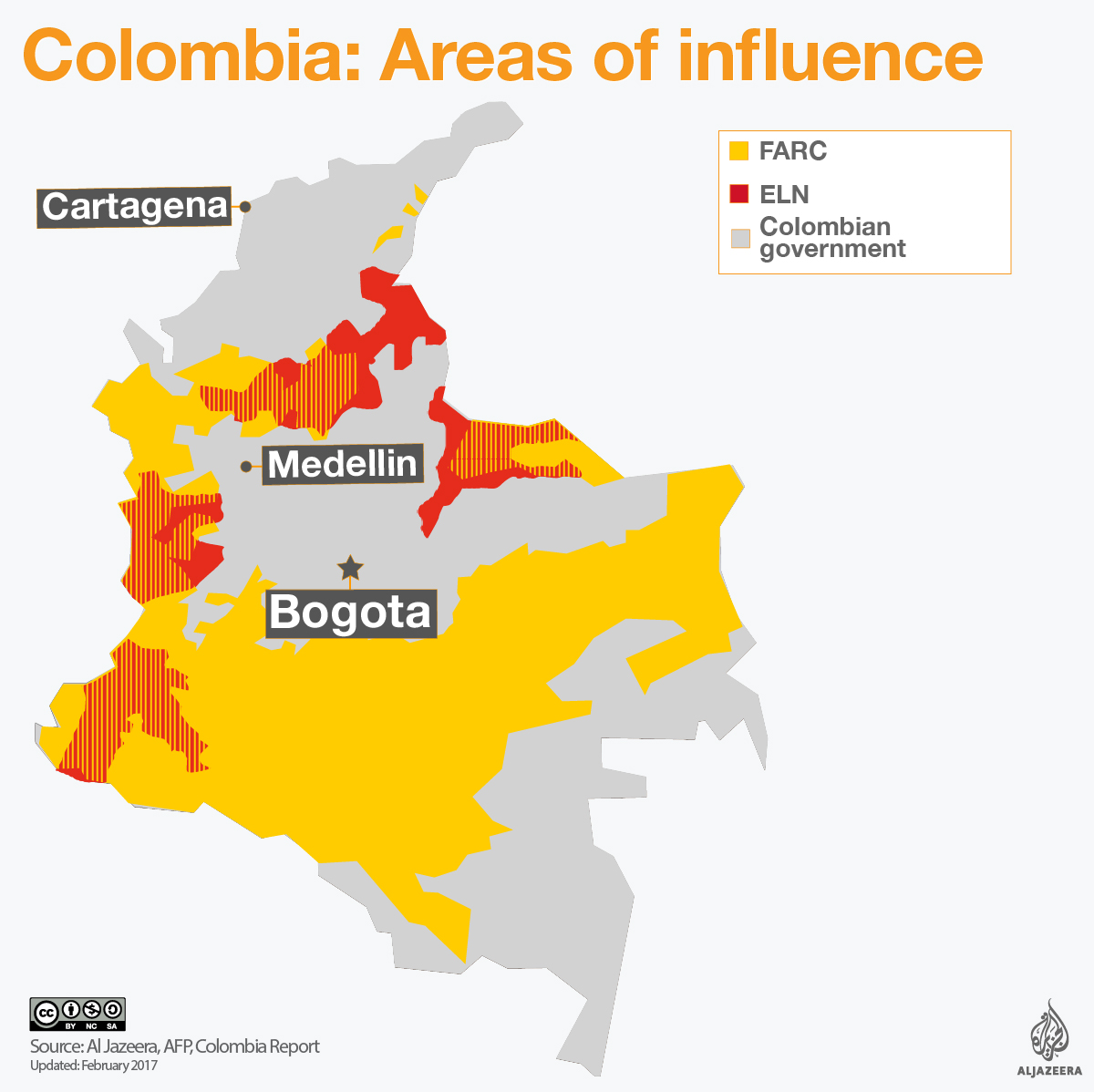