Somalia is heading to the polls on Wednesday to pick a president in an electoral process that has been marred by allegations of corruption and intimidation.

President Hassan Sheikh Mohamud, who came to power in 2012, is seeking a second four-year term.

Twenty-four candidates are in the running.

Presidential hopefuls on Monday held for the first time a televised debate which was dominated by pledges to fight corruption as well as plans on how to tackle insecurity and the armed group al-Shabab.

In 2012, the Somali government and the international community promised to use the one-person, one-vote system come 2016, but that pledge was shelved owing to security concerns.

Instead, the Horn of Africa country is holding what the government and UN calls an indirect election. 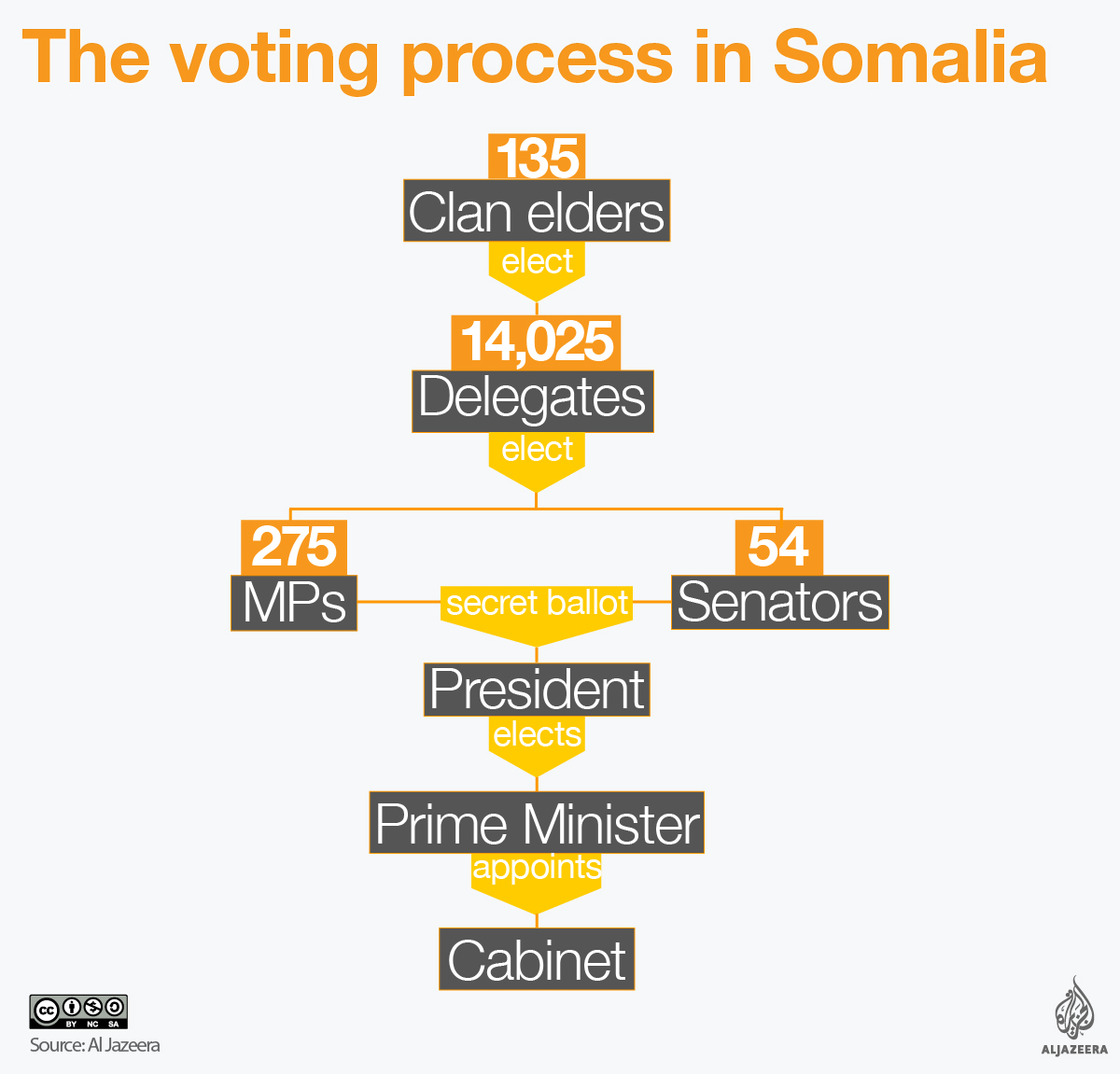