Birmingham, England – Hundreds of mosques around the UK threw open their doors to Britons as part of an initiative to counter misconceptions about the Muslim community.

More than 150 mosques took part in the “Visit My Mosque” project on Sunday afternoon, drawing crowds of curious visitors.

The event, organised by the Muslim Council of Great Britain (MCB), promised to answer attendees’ questions. Visitors of all faiths and none were welcomed and no subject was considered off limits.

At the Paigham-e-Islam mosque in Birmingham, Britain’s second-biggest city, conversations focused on Islamic law, Muslims’ views of Jesus and what mosques were doing to counter the Islamic State of Iraq and the Levant (ISIL, also known as ISIS) group.

A gentle message to Trump: Drinking tea together is far better than building walls to keep us apart #VisitMyMosque pic.twitter.com/emPmxLSqUJ

Tea and South Asian pastries were on offer for those who attended, as well as mosque tours and explanations of Islamic prayer rituals.

“Drinking tea together is far more effective than pouring concrete to build walls,” he tweeted.

Adrees Sharif, a mosque member and MCB official, said the initiative aimed to strengthen the bond between Muslims and the communities they belong to.

“We want to create dialogue instead of debate. When you’re debating you’re aiming to win an argument, but when you engage in dialogue you’re sharing your beliefs,” he said.

The number of mosques taking part in this year’s event almost doubled from 82 in 2016.

Sharif attributed the increase to an eagerness among Muslims to explain their beliefs amid rising far-right sentiment.

“Mosques understand the importance of engagement and are more willing to take part, not just because of [US President] Donald Trump, but the backlash after Brexit as well,” Sharif explained, referencing Britain’s vote in June to leave the European Union.

Trump, in part, followed through on his campaign pledge to ban all Muslims from entering the US by halting immigration from seven majority-Muslim countries.

A federal judge has since halted Trump’s order.

In the UK, attacks on Muslims have increased, alongside other xenophobic attacks, in the aftermath of Brexit vote.

Geoff Gallagher, who attended the event in Birmingham, said he had an “excellent” experience and recommended more frequent community-building exercises to help dispel negative stereotypes about Muslims.

“It should be advertised across the country to ensure that everybody understands that Muslims are not a violent religious group, and are part of [the wider community],” he said.

Muslims make up five percent of the British population or just under three million people, with significant numbers concentrated in urban centres, such as London, Birmingham, Manchester and Bradford.

Around half of British Muslims are born in the UK. 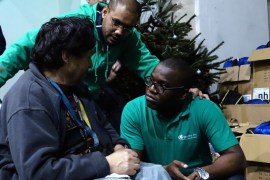 Muslims and Christians team up to help homeless

Faith groups are working together to care for street sleepers and other vulnerable people in the run-up to Christmas. 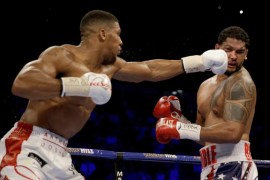