A US appeals court in San Francisco has denied an emergency motion filed by the justice department to reinstate President Donald Trump’s halted immigration ban.

The decision from the US Court of Appeals for the Ninth Circuit means that the ban will remain frozen throughout the weekend, and that a decision on a further request to restore the ban will be put off until at least Monday afternoon.

The justice department filed an appeal on Saturday to reinstate an executive order barring citizens from seven mainly Muslim countries and temporarily banning refugees, even as travellers raced to enter the country while the ban was lifted.

The appeal aimed to reverse a federal judge’s Friday order that lifted the travel ban, warning the decision posed an immediate harm to the public.

The court asked those legally challenging the ban – the states of Washington and Minnesota – to provide documents detailing their opposition to the Trump administration’s appeal by the end of the day on Sunday.

The justice department was given a deadline of 3pm (23:00 GMT) on Monday afternoon to supply documents further supporting its position.

The state department said last week that up to 60,000 people had their visas revoked as a result of Trump’s ban, although a justice department lawyer put the number at closer to 100,000.

The restrictions on all refugees and travellers from the seven countries went into effect a week ago, wreaking havoc at airports across the US and leaving travellers trying to reach the country in limbo.

The political backlash for Trump has been equally severe, with the order driving numerous mass protests. 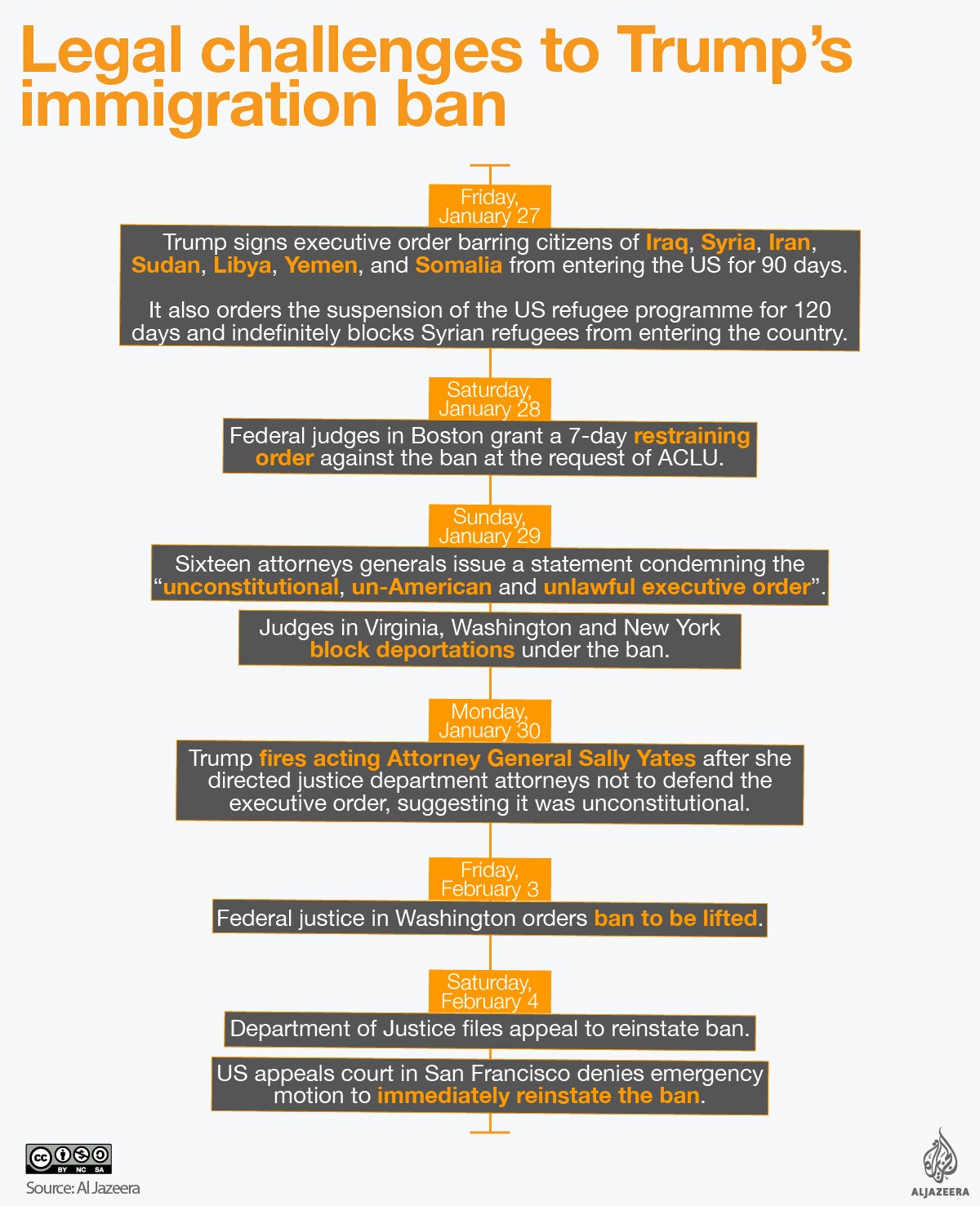