Tens of thousands of people across Romania have rallied for a fourth day, protesting against what they deem an alarming retreat in the country’s fight against corruption.

The marches on Friday came as the political crisis over a controversial decree showed no sign of easing.

Earlier, Romania’s ombudsman went to the Constitutional Court to challenge the decree that decriminalises abuse of power offences in which the sums do not exceed 200,000 lei ($48,000).

A separate bill, to go before parliament, would free some 2,500 prisoners on short sentences.

The government insists it is bringing legislation into line with the constitution and that it wants to reduce overcrowding in prisons.

Ombudsman Victor Ciorbea’s move echoed a plea from the general prosecutor and added to challenges to the top court by centre-right President Klaus Iohannis and the council of magistrates.

General Prosecutor Augustin Lazar said he welcomed the court challenge and that his office had its own case before the Court of Appeals.

The street protests have been on a scale not seen since the fall of communist leader Nicolae Ceausescu in 1989.

On Friday, some 180,000 people marched across the country, with the majority in the capital, Bucharest.

The decree potentially scuttles an ongoing trial of the governing Social Democrat party chief and benefits dozens of other public officials.

Laura Codruta Kovesi at DNA, a corruption prosecuting agency, said: “Indirectly, the entire Romanian people will suffer … The damages from these cases over the past three years is over $1bn. It’s worth mentioning that this money will never be recovered if these amendments pass.”

The government has rejected calls to rescind the decree.

On Thursday, after a meeting in Bucharest of his ruling Social Democrats, Prime Minister Sorin Grindeanu said: “We took a decision in the government and we are going to press ahead.”

But cracks in cabinet unity emerged with the resignation on Thursday of a minister and a call from a vice-president of the ruling party for the measure to be withdrawn.

Protesters said they would return every day until February 10, when the contentious decree – issued by the government late Tuesday – is due to enter into force.

A major demonstration in Bucharest was planned for Saturday afternoon, with protesters expected to march to the parliament. 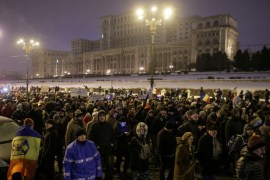 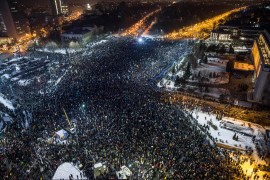 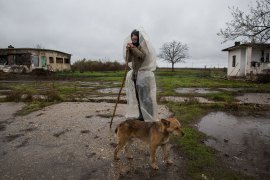