Angolan President Jose Eduardo dos Santos, Africa’s second-longest serving leader, has confirmed he will not run in this year’s presidential election, calling an end to 38 years as head of state, but he will retain control of the powerful ruling party.

Dos Santos, aged 74, said in March last year he would not run in elections due in August 2017, but opponents remained suspicious given he had reneged on similar pledges during in the past.

The ruling People’s Movement for the Liberation of Angola (MPLA) approved 62-year-old Defence Minister Joao Lourenco as its presidential candidate at a meeting on December 2, dos Santos said in a televised speech on Friday.

Dos Santos will remain president of the MPLA, retaining sweeping powers that include choosing parliamentary candidates and appointing top posts in the army and police.

“He will stay on as the leader of the governing party, which is expected to win the election. That means he has an enormous amount of say not only on who his anointed successor – who is a close ally of his – will be”, but also on other key government officials, she said.

Dos Santos has held tight control of Angola, where he has overseen an oil-backed economic boom and the reconstruction of infrastructure devastated by a 27-year civil war that ended in 2002.

Despite its oil wealth, most of Angola’s 22 million people live in poverty.

The country is in sub-Saharan Africa’s third largest economy but a collapse in oil prices has triggered a full-scale national economic crisis since 2013.

Critics accuse dos Santos of mismanaging Angola’s oil wealth and making an elite, mainly his family and political allies, vastly rich in a country ranked among the world’s most corrupt.

His daughter, Isabel dos Santos was appointed last year as head of the state oil company, Sonangol, while his son, Jose Filomeno, is chairman of Angola’s sovereign wealth fund.

“We see signs that he plans to retain some power behind the throne.”

The MPLA won parliamentary majorities in the three elections since the end of the war.

Lourenco, a former soldier and deputy president of the MPLA, is also a veteran of the independence struggle, Lourenco studied history in the Soviet Union from 1978 to 1982 before starting a long career in politics.

“Lourenco has proven himself as competent technocrat without major scandals in his past and he’s probably the best selection the party could have made,” Jonker said. 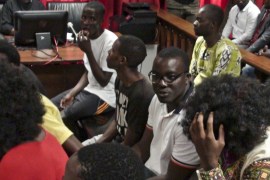 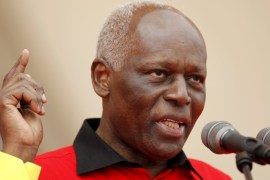 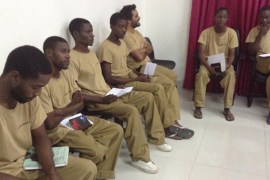