The father of French far-right presidential candidate Marine Le Pen has been ordered to pay 5,000 euros ($5,300) after describing people from the Roma minority as smelly.

Between 10 and 12 million Roma are estimated to live in Europe, with most in eastern parts of the continent.

With ancestral roots in India, the Roma migrated to Eastern Europe in the 10th century and have been persecuted throughout history.

After the fall of the Soviet Union and the break-up of Yugoslavia, many travelled west, seeking to escape poverty and discrimination.

In 2010, the European Union criticised France over a crackdown on illegal Roma camps launched by then-President Nicolas Sarkozy.

In the same year, thousands of Roma were deported to Romania and Bulgaria from France.

An appeals court on Monday in the southern city of Aix-en-Provence found Jean-Marie Le Pen, the 88-year-old founder of the National Front (FN) party, guilty of inciting hate and making racist and negationist statements with the comments at a press conference in Nice in 2013.

Le Pen said at the time: “It appears you have a problem with several hundred Roma who have an irritating and, let’s say, smelly presence in this city.”

Le Pen lost an appeal against the conviction.

It was the ninth time that Le Pen, who infamously repeatedly referred to the Holocaust as a “detail of history”, has been convicted of such offences.

“I stick by these terms because it is what I think,” Le Pen said at an earlier hearing.

“Jean-Marie Le Pen’s words were extremely serious and an open call to hate and ethnic discrimination,” said Sonny Phung of the anti-racism group SOS Racisme, which will receive around $2,100 of Le Pen’s fine.

The Roma minority largely come from Bulgaria and Romania and are often stigmatised in France where they have been accused of being responsible for a rise in petty crime.

Le Pen was the runner-up in the 2002 presidential election that rocked the French political establishment.

READ MORE: Thousands of Roma ‘made homeless’ in France in 2016

In recent years, he has had a public falling out with his daughter after she took over the reins of the party and has sought to purge it of its more controversial elements.

Marine Le Pen is currently forecast to win the first round of France’s presidential election on April 23, but lose the all-important May 7 runoff to either centrist Emmanuel Macron or conservative Francois Fillon.

However, polls show she has significantly reduced the projected margin of defeat in the past two months. 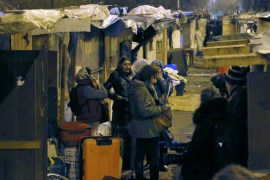 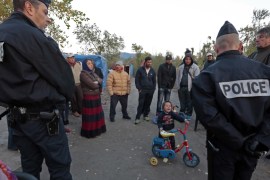 Number of Romani people forcibly evicted over the past five years. 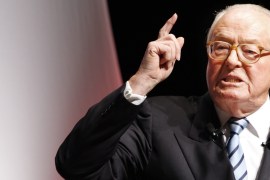 Le Pen convicted of denying crimes against humanity for repeating that Nazi gas chambers are a “detail” of World War II.