Istanbul, Turkey – Thousands of Palestinians representing diaspora communities from 50 countries have gathered in the Turkish city of Istanbul to discuss establishing a political structure that will represent them better.

The Palestine Abroad Conference, whose opening events were attended by more than 5,000 people on Saturday, is the first of its kind in terms of inclusivity.

Many of the speakers and attendees said they no longer have faith in the Palestinian leadership in the occupied territories because of their failure to deliver tangible outcomes as a result of decades of peace negotiations with Israel.

The conference was held amid a spat between its organisers and the Palestine Liberation Organisation (PLO), which was formed in 1964 as the sole legitimate representative of the Palestinian people.

PLO has accused the organisers of trying to undermine and replace it.

While registering his opposition to the Istanbul conference, Tayseer Khaled, the PLO head of expatriate affairs in Ramallah, told Al Jazeera the organisation “had neglected diaspora Palestinians after it signed the Oslo accords with Israel”.

He said, though, that his department was now working with diaspora communities in Europe and the US to resist Israel’s policies in the occupied territories.

The conference was boycotted and criticised by supporters of the PLO who argued that the organisers were motivated by factional interests, not the interests of the Palestinian people.

Currently, the diaspora has no representation within any organisational structure related to the PLO or the Palestinian Authority – a governing body formed in 1994.

Previously, the now defunct Palestinian National Council [the parliament in exile] included representatives of the diaspora.

Majed al-Zeer, deputy chairman of the Istanbul conference, said the conference was in itself not an attempt to replace the PLO, but rather to reinvigorate it and make it a home to all Palestinians as it once was.

Others stated that they wished to drop the PLO as the only representative of the Palestinian people, accusing it of becoming an empty shell of its former self. They argued the PLO gave birth to the Oslo accords which compromised Palestinian historic rights.

“We, Palestinians, must stand up to those who abandoned the Palestinian national project and replaced it with the Oslo agreement that ended up protecting and prolonging the Israeli occupation,” said Anis al-Qasem, an expert on international law and one of the founders of the former Palestinian National Council.

They accused the leaders of the Palestinian Authority of squandering Palestinian national rights and becoming a protectorate of the Israeli military and its functionaries.

Daniel Jadue, a Chilean-Palestinian leader, said in his statement that this was not the first time the Palestinian Authority rejected similar gatherings.

“This is because it is afraid it will further undermine its weak legitimacy,” he said.

WATCH: Is the PA helping or hurting the Palestinians? (2:27)

He added that this was not first time his community “participated in an attempt to organise and give a role to Palestinian diaspora in the struggle for the realisation of our inalienable national rights, the right of return, and establishment statehood with Jerusalem as its capital.”

Chile is home to a 400,000-strong Palestinian community, the largest outside the Arab world.

According to the Ramallah-based Palestinian Central Bureau of Statistics, there are more than 12 million Palestinians in the world.

Half of them live within historic Palestine and the remaining six million live in the surrounding Arab countries and Europe, as well as South and North America.

The Palestinian Authority came into existence as a result of the Oslo accords between Israel and the PLO in 1994.

For many Palestinians the gathering under the Palestinian and Turkish flags with the national anthems of both nations playing was rich in meaning and symbolism.

This year marks the 100th anniversary of the defeat of the Ottoman Empire in its Arab provinces and the subsequent occupation of Jerusalem by the British army in 1917.

Palestinians view Turkey as a supporter and an ally in their struggle to regain their national rights and the establishment of their future state.

The organisers told Al Jazeera that the gathering was entirely financed by wealthy Palestinian individuals and businesses. 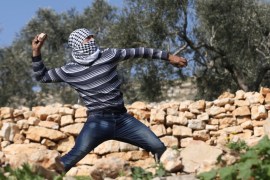 How factionalism is killing the Palestinian struggle

Factions have not only monopolised Palestinian politics but have also suffocated the youthful spirit of the struggle. 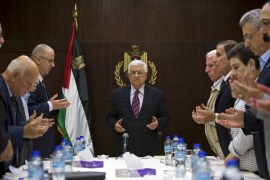