Twenty years ago, British scientists introduced the world to Dolly the Sheep – the first mammal to be cloned using nuclear transfer. She only lived for seven years, but the scientific advances that came from her creation still live on.

Dolly died prematurely in 2003, after developing osteoarthritis and a lung infection, raising concerns that cloned animals may age more quickly than normal offspring.

But 20 years on, researchers have allayed those fears by reporting that 13 cloned sheep, including four genomic copies of Dolly, are still in good shape at between seven and nine years of age, or the equivalent of 60 to 70 in human years.

Professor Kevin Sinclair, a professor of developmental biology from University of Nottingham, who “knew” Dolly and worked with several of her “clone siblings”, told Al Jazeera that Dolly’s greatest legacy is the advances it induced in stem cell research.

“It was a steep change in our understanding of early development which ultimately led, several years later, in 2006, to the discovery that you can actually induce somatic cells or cells which belong to the body, you can induce them to become embryonic-like cells which divide into other cell types.”

Since Dolly’s birth, scientists have cloned more than 20 species, including horses and household pets. But, they have recoiled from cloning a human being.

“I think where we draw the line is if we’re going to use genetic manipulations, we have to be extremely careful and we have to look for severe disease affects to control for,” Kerry Brown from Centre for Bioethics in University of Toronto, told Al Jazeera.

“Because, with a lot of these things, it’s not just the person you’re doing a genetic manipulation on, but it potentially affects all the generations ahead.”

OPINION: Remembering the sheep that changed the world

But scientists still hope to use the cloning technology that led to Dolly’s birth to cure devastating conditions, such as Parkinson’s disease or spinal cord injuries.

Work on stem-cell medicine has been hobbled in the past by technical challenges, as well as ethical issues, but it received a boost three years ago when biologists finally created human stem cells using the same process that produced Dolly.

Until then, the most natural source of human stem cells was human embryos left over from IVF treatment, whose use in research is controversial.

Dolly is now stuffed and in a Scottish museum, but the technology that led to her creation is still giving hope to thousands of people. 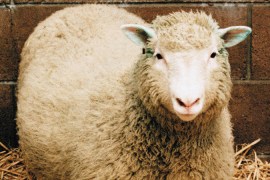 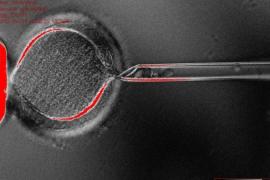 Back to the future: Cloning human stem cells