North Korean diplomats have called for the immediate release of suspects arrested in connection with the apparent poisoning of a member of the North Korean ruling family.

Kim Jong-nam, the estranged half-brother of North Korean leader Kim Jong-un, died after suddenly falling ill at Kuala Lumpur International Airport last week while he was preparing to board a flight to Macau.

Police earlier said that the women detained had coated their hands with toxins and then rubbed them on his face as he stood in front of a ticketing kiosk at a Kuala Lumpur airport.

If the poison was on their hands, the statement asked, “then how is it possible that these female suspects could still be alive?”

One of the women is Indonesian, the other is Vietnamese.

A North Korean man was also detained. The embassy said he was also “arrested unreasonably”.

The embassy’s remarks came after Malaysian police said a senior official in the North Korean embassy and a staffer at the North’s state airline, Air Koryo, were also wanted for questioning.

Police chief Khalid Abu Bakar said that both wanted suspects are still in Malaysia and have been called in for questioning, adding that the North Korean diplomat held the rank of second secretary at the embassy.

Pyongyang and Kuala Lumpur have enjoyed relatively warm economic ties, with some bilateral trade and citizens from both countries entitled to travel to the other under a unique reciprocal visa-free deal.

But all that could come to an end following a war of words over Malaysia’s probe into Kim Jong-nam’s death.

While Pyongyang’s envoy to Kuala Lumpur has criticised the local police, Malaysia has recalled its ambassador to the North.

READ MORE: Kim Jong-nam’s killing one week on: What we know

Meanwhile, South Korea has said from the start that Pyongyang was behind the Kim Jong-nam’s death, citing a “standing order” from Kim Jong-un to kill his elder sibling and a failed assassination bid in 2012. 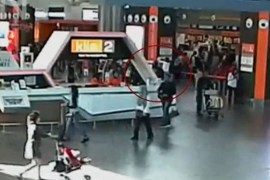 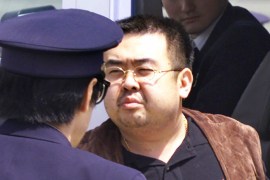