At least seven Saudi soldiers have been killed in the past week in clashes with Yemeni rebels, state media has said.

In an unusual series of official reports, the Saudi Press Agency (SPA) reported late on Monday that Mohammed al-Manjahi was the latest soldier to be killed “defending” the kingdom’s southern borders in the fight against Houthi rebels. 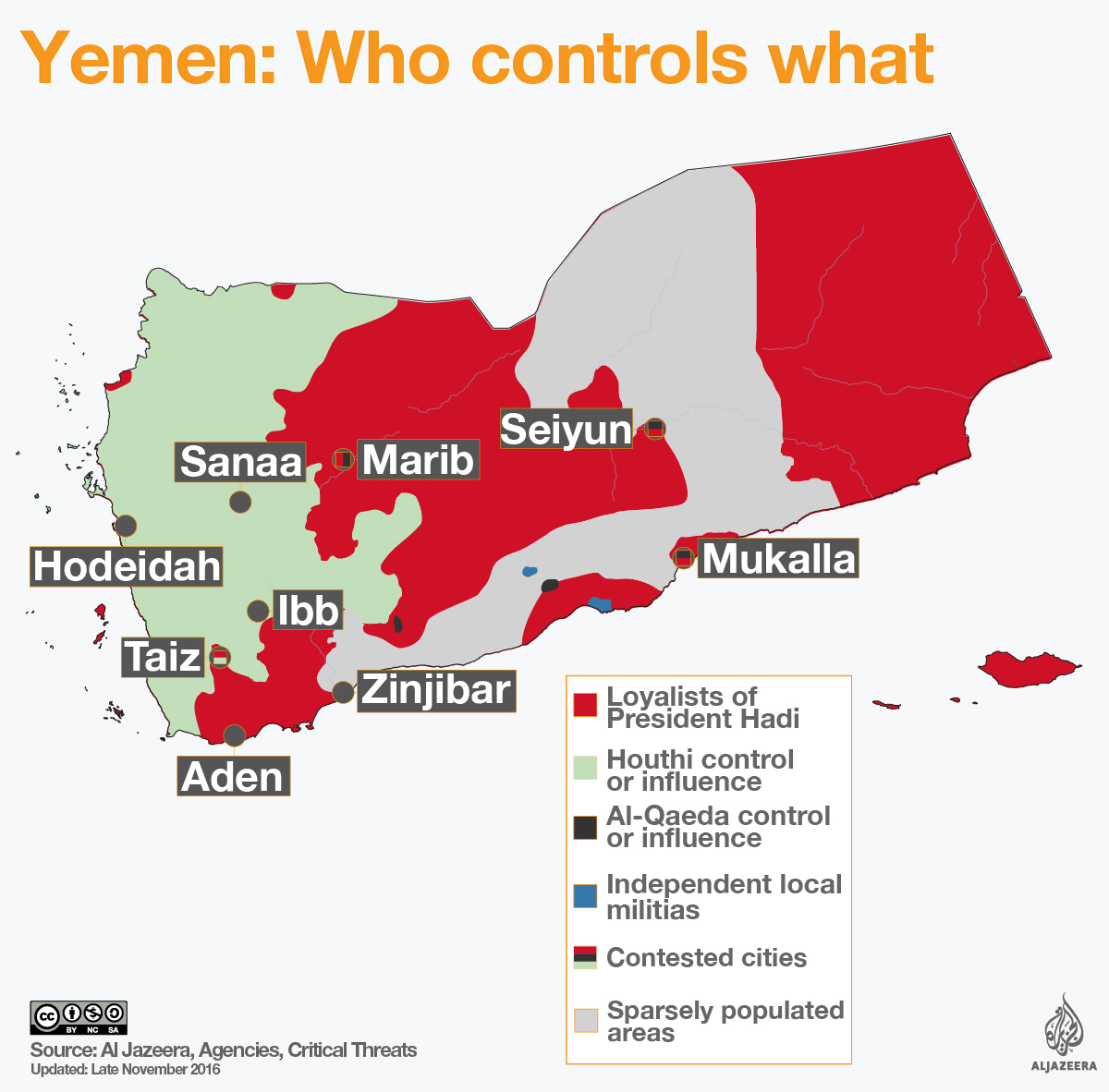 State media have previously reported on deaths of slain troops but since Thursday, SPA has carried photographs of funerals for the “martyrs” it said had died in battles.

According to an AFP news agency tally compiling reports by the Saudi interior ministry and civil defence department, at least 115 civilians and soldiers have been killed on the southern border since March 2015.

Nearly two years ago, Saudi Arabia formed a coalition of Arab states to push back the Houthis that control the capital, Sanaa, as well as vast swaths of the country, at the request of President Abd-Rabbu Mansour Hadi, who resides in the capital, Riyadh.

Since then, the coalition has dropped more than 8,600 bombs – destroying schools, hospitals, factories, heritage sites, refugee camps and homes.

The Houthis, a group of rebels that claim to represent the Shia community, have made sweeping gains since allying themselves with security forces loyal to former president Ali Abdullah Saleh.

They have engaged in firefights along the border, carried out retaliatory rocket strikes, and have also fired ballistic missiles deep into the kingdom.

The war in Yemen has left thousands dead and millions struggling to feed themselves, a toll which UN Secretary General Antonio Guterres said in Riyadh on Sunday left him heartbroken.