Switzerland is holding a referendum on Sunday on whether to make it easier for third-generation immigrants to become citizens, after a campaign tainted by anti-Muslim messages and charges of religious prejudice.

The government, as well as most politicians and political parties, supports the proposal that would allow the grandchildren of immigrants to skip several steps in the lengthy process of securing a Swiss passport.

But the outcome of the referendum, the latest in Switzerland’s direct democracy system, has been clouded by the far right nationalist Swiss People’s Party (SVP), which put issues of Islam and national identity at the centre of the debate.

According to a migration department study, fewer than 25,000 people in the country of about eight million currently qualify as third-generation immigrants, meaning they have at least one grandparent who was born in the country or acquired Swiss residency.

Nearly 60 percent of that group are Italians, followed by those with origins in the Balkans and Turkish nationals.

Debate on the proposal had nothing to do with religion at the outset, said Sophie Guignard of the Institute of Political Science at the University of Bern.

It was the SVP, a party repeatedly accused of demonising Islam, that focused on the risks of more Muslims becoming citizens and the possible “loss of Swiss values”, Guignard told AFP news agency. 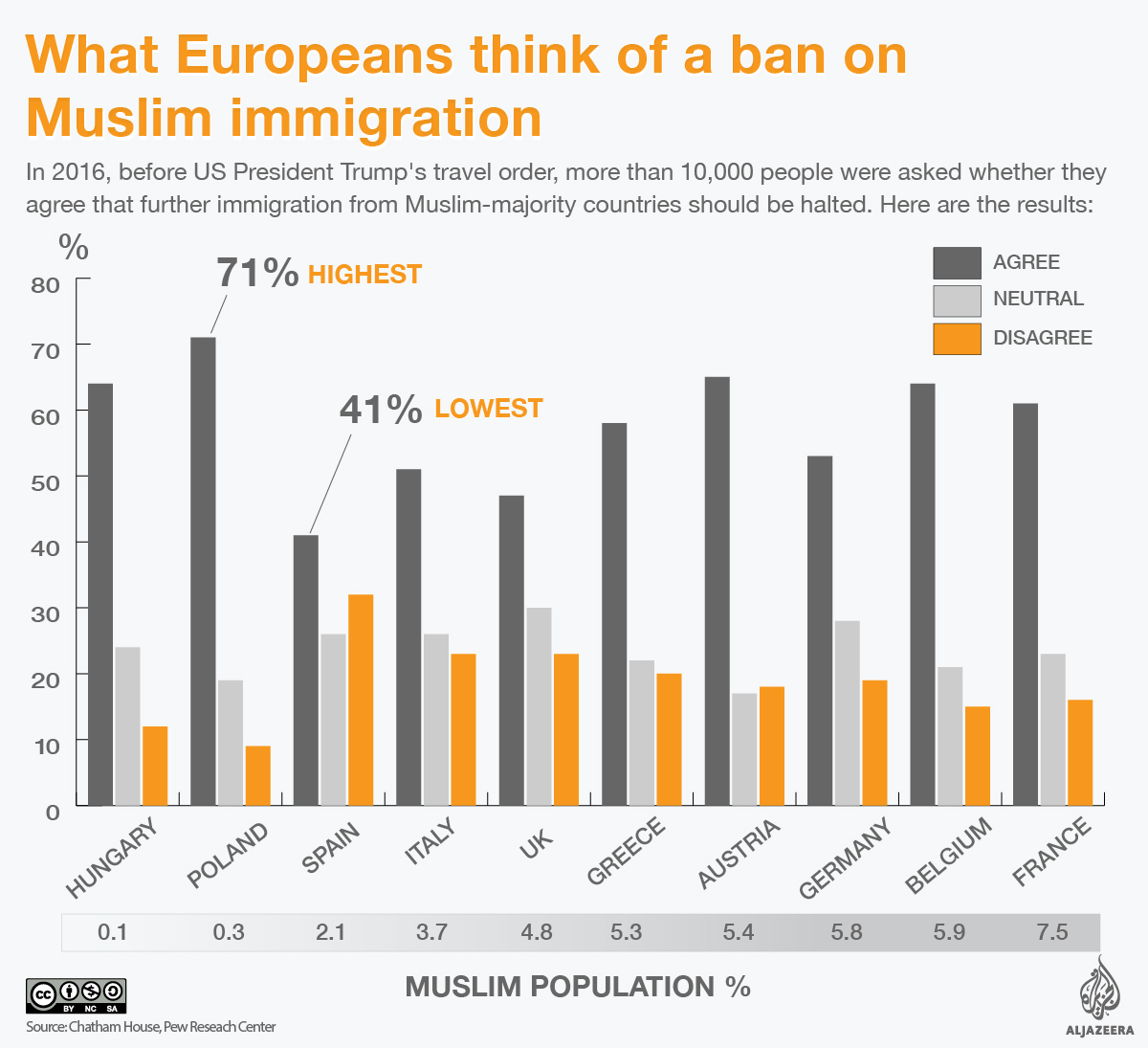 Central to that effort was a widely distributed poster showing a woman with shadowed eyes staring out from a black niqab with a tagline urging voters to reject “uncontrolled citizenship”.

It was commissioned by the Committee Against Facilitated Citizenship, which has several SVP members including in leadership positions.

The co-chair of that committee and an SVP politician, Jean-Luc Addor, urged people to vote “No” on grounds that in the coming years most third-generation immigrants will not be of European origin.

Guignard said mainstream politicians and journalists view the poster as “a violent attack against Muslims”.

Political initiatives that either directly or implicitly target Muslims may be on the rise in the West, notably including US President Donald Trump’s travel ban against seven mainly Muslim countries, which was undone in court this week.

But in Switzerland such moves are nothing new.

The latest polls from the gfs.bern institute show 66 percent of people support easier citizenship for third-generation immigrants, with 31 percent against and 3 percent undecided.

Polls from the news company Tamedia have it closer, with 55 percent in favour and 44 percent against.

The “No” side has, however, gained about 10 points since polling opened, with analysts saying an upset can’t be ruled out.