US President Donald Trump has affirmed support for Washington’s long-standing position that Taiwan is part of “One China” during a phone call with his Chinese counterpart, President Xi Jinping.

Trump angered Beijing in December by talking to the president of self-ruled Taiwan and saying the US did not necessarily have to stick to the policy, questioning a position held for nearly four decades.

“President Trump agreed, at the request of President Xi, to honour our ‘one China’ policy,” the White House said in a statement following a lengthy phone conversation between the two leaders on Thursday night Washington DC time.

“I believe that the United States and China are cooperative partners, and through joint efforts we can push bilateral relations to a historic new high,” the statement cited Xi as saying.

The two leaders had not spoken by telephone since Trump took office on January 20.

“It’s a very important call and it reflects the fact that China-US relations are so important and the weight of the presidency is now felt on the shoulders of President Trump,” he told Al Jazeera from Beijing.

“Both China and the US want to really engage with each other in peace and talk over whatever differences there may be.”

READ MORE: Turnbull – Potential for China to join TPP after US exit

With the “One China” issue resolved, the two sides also signalled that they could have more normal relations.

China wants cooperation with the US on trade, investment, technology, energy and infrastructure, as well as strengthening coordination on international matters to jointly protect global peace and stability, Xi said.

“China is proactively dedicated to harmonious coexistence with all countries in the world,” he added.

China has repeatedly said it has smooth contacts with the Trump team. The foreign ministry in Beijing said last week the two countries were remaining “in close touch”.

The US switched diplomatic recognition from Taiwan to China in 1979, but is also Taiwan’s biggest ally and arms supplier and is bound by legislation to help the island to defend itself.

Trump’s campaign for the White House included frequently lashing out at China, which he accused of currency manipulation and stealing American jobs.

While relations were strained under ex-US President Barack Obama, there has been very little high-level interaction between the two countries since Trump came to power.

In a move seen by observers as an attempt to break the ice, the White House said earlier this week that Trump had sent a letter to Xi, weeks after receiving a letter of congratulations from his Chinese counterpart. 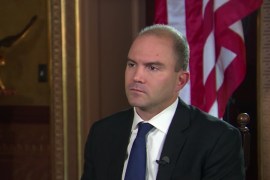