A judge has ordered the arrest of former Argentine President Cristina Fernandez de Kirchner for allegedly covering up Iranian involvement in a 1994 bombing that killed 85 people at a Jewish community centre.

Judge Carlos Bonadio ordered on Thursday that Kirchner, who led the country from 2007-2015, be placed in pre-trial detention and stripped of her judicial immunity.

The judge’s order also calls for the arrest of Hector Timerman, former foreign minister, and a number of other officials from Kirchner’s two administrations.

Al Jazeera’s Teresa Bo, reporting from Buenos Aires, said Kirchner has been accused of “treason” and interfering with the investigation into the bombing based on a memorandum of understanding between the governments of Argentina and Iran.

“This accusation is based on an agreement … that would allegedly allow Argentine judges to interrogate Iranian officials that Argentina claims were involved in that investigation,” she said.

The Mutual Israeli-Argentine Association (AMIA), a Jewish community centre in Buenos Aires, was allegedly blown up by a member of Hezbollah in 1994.

Argentine prosecutors have alleged the attack was ordered by the government of Iran.

The arrest order is also linked to accusations made by the murdered special prosecutor, Alberto Nisman.

Nisman, who was investigating the AMIA bombing, alleged that Kirchner had covered up the role of Iranian officials in the attack.

He had been set to explain his accusations in a congressional hearing the following day.

The death, initially declared as suicide, provoked an outcry against government corruption in Argentina.

Kirchner claimed the murder was the work of intelligence agents intent on destabilising her government. In response, she shut down the Secretariat of Intelligence, replacing it with the Federal Intelligence Agency in March 2015.

Kirchner, who is facing several corruption charges from her time as president, is set to take a seat in the Senate next week. Her election in October marked a return to politics.

The Senate will now have to vote on lifting Kirchner’s immunity. However, this is not likely to happen before the end of 2017, according to Bo, because of the holiday recess and divisions over the validity of the judge’s decision.

“Many are questioning this arrest warrant because they’re saying that Kirchner was not even tried,” she said.

“Many of her administration are currently on preventive detention, and that’s why there’s many among the members of the previous government that are saying that the judge and the judiciary are persecuting [them] and that they are victims of the administration of [current President] Mauricio Macri.” 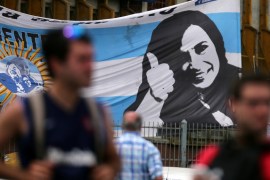 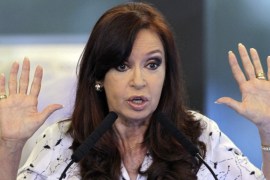