The UN Security Council is expected to vote on Monday on a draft resolution rejecting the establishment of diplomatic missions in Jerusalem, less than two weeks after the US decision to recognise Jerusalem as Israel’s capital.

The leaked text of the draft, obtained by Al Jazeera, calls on all UN member states not to move their missions to Jerusalem.

Trump declared Washington’s new stance on December 6, saying at the time that the US would be moving its embassy in Israel from Tel Aviv to Jerusalem.

The leaked Egyptian-drafted resolution, however, does not mention the United States by name, saying it “deeply regrets recent decisions regarding the status of Jerusalem”.

Al Jazeera’s Mike Hanna, reporting from the UN headquarters in New York, said it was understood that countries such as Egypt and the UK “wanted to try and keep the language as neutral as possible in a – possibly vain – attempt to keep the US from exercising its Security Council veto”.

This caused “a degree of anger” to Palestinian delegates who “wanted to single out the US by name”, added Hanna.

As it stood by Sunday night, the leaked text was a restatement of the UN’s position on Jerusalem as outlined through decades of Security Council and General Assembly’s resolutions, our correspondent noted.

It affirms “that any decisions and actions which purport to have altered, the character, status or demographic composition of the Holy City of Jerusalem have no legal effect, are null and void and must be rescinded in compliance with relevant resolutions of the Security Council”.

The resolution, however, is widely expected to face a US veto, which would render it futile.

A veto from any of the five permanent members would block the resolution from passing.

Hanna said that the there may be efforts by the Palestinians and Turkey to take the issue to the UN General Assembly if the US vetoes the resolution.

“It would appear that that veto is likely to happen with Israel’s enthusiastic backing, which describes the resolution as a Palestinian attempt to reinvent history, despite the fact that it is routed on UN resolutions as they stand at present,” added Hanna.

Trump’s declaration fuelled widespread anger and protests within Palestine and across the world, with the latest and largest demonstration taking place on Monday in the Indonesian capital Jakarta, where some 80,000 people rallied outside the US embassy in the city.

Since the decision, nine Palestinians have been killed and more than 1,900 people have been injured in protests in the occupied territories.

Due to Jerusalem’s importance to the three Abrahamic religions – Islam, Judaism, and Christianity – the city’s status has long been the main sticking point in the Israeli-Palestinian conflict.

After occupying the city’s eastern part in the 1967 War, Israel annexed the territory. In 1980, it proclaimed it as its “eternal, undivided capital.”

Israel’s control and sovereignty over the city are not recognised by any country in the world and, as of now, all embassies in Israel are based in Tel Aviv, although some countries have based their consulate offices in Jerusalem.

The Palestinian leadership in the West Bank, however, see East Jerusalem as the capital of a future Palestinian state.

They have warned that any change to the status quo would mean the end of the peace process premised on a two-state solution. 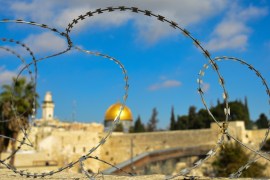 Tropes, omissions and flaws in the coverage of US recognition of Jerusalem as Israel’s capital. Plus, WhatsApp in India. 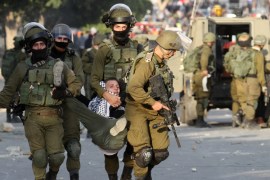 Demonstrations against US recognition of Jerusalem turn deadly as Israeli troops open fire in Gaza and West Bank.