By Mohamed Hashem and Patrick Strickland

Pressure is mounting on the Canadian government over an “historic” $12bn-arms deal to Saudi Arabia, with legal experts and human rights watchdogs expressing outrage and calling for its cancellation.

Signed in 2014 by the previous government, which was then led by the Conservative Party, the deal is meant to send nearly $12bn (15bn Canadian dollars) worth of military vehicles to Saudi Arabia.

The light-armoured vehicles, known as LAVs, will reportedly be equipped with machine guns and anti-tank cannons.

The deal was described by the Harper government as the “largest advanced manufacturing export win” in the country’s history and has also been called “Canada’s biggest-ever arms deal” by local media.

The current government of Prime Minister Justin Trudeau has said it is bound by the deal.

But rights groups, as well as challenges against the government, have renewed fears that the Canadian equipment may be used by Saudi Arabia to carry out alleged human rights abuses in the kingdom and Yemen.

In 2016, Canada was named the second-largest exporter of defence equipment to the Middle East, according to Jane’s, a UK-based security and defence observer.

The same year, the Canadian government listed Saudi Arabia as the second-largest buyer of Canadian arms, after the US.

In 2015, a coalition led by Saudi Arabia launched an air campaign in Yemen aimed at restoring President Abd-Rabbu Mansour Hadi, who was overthrown after Houthi rebels seized the capital Sanaa.

Since then, more than 10,000 people – the majority of whom are civilians – have been killed and the war has pushed millions to the brink of famine.

In Qatif, located in Saudi Arabia’s eastern part, the government has sometimes engaged in a military crackdown on Shia Muslim civilians and fighters, which authorities say is aimed at quashing “terrorists”.

Human rights groups worry that Canadian arms are being used to quash dissent among Saudi Arabian civilians and carry out international law violations in Yemen, the Arab region’s poorest country.

Watchdog groups, as well as the United Nations, have documented a number of human rights abuses allegedly carried by both sides of the conflict in Yemen.

In October, the UN added the Saudi-led coalition to a blacklist of child rights violators over its role in Yemen.

Alex Neve, secretary general of Amnesty International – Canada, said his organisation is opposed to all weapons sales to Saudi Arabia that may facilitate that country’s violations of international law and human rights.

“We’re very much opposed to the sale of the LAVs, and that’s part of a wider, global position that Amnesty International has taken calling on all governments to prohibit arms transfers to Saudi Arabia that in any way stand the risk of being used in relation to the conflict in Yemen,” Neve told Al Jazeera.

He said that despite Amnesty International being blocked from accessing Saudi Arabia, the reports of such violations are “credible and concerning”, adding that Canada should halt the deal unless there is “a major and very significant change on the ground with respect to the conflict in Yemen”.

Additionally, according to Human Rights Watch, Saudi forces reportedly surrounded the eastern town of Awamiya in the kingdom’s Qatif region in a confrontation with armed fighters last July.

Canadian media outlets later reported that Canadian-made armoured vehicles “may have been used” by Saudi forces in Awamiya after social media posts showed the alleged vehicles.

John Babcock, a spokesperson for Global Affairs Canada, which is responsible for the country’s foreign affairs, explained that the minister of foreign affairs had requested an investigation into allegations of Saudi Arabia’s human rights abuses with Canadian-made military equipment.

He added that no new export permits have been issued while the investigation is under way.

“Canada has directly expressed its serious concerns to the Kingdom of Saudi Arabia to underline the importance of ensuring its security operations respect international human rights law,” he told Al Jazeera by email.

“We have engaged repeatedly with Saudi leaders and authorities on the protection of human rights.”

History of the deal

Because the deal was announced in 2014 under former Prime Minister Stephen Harper, the current government, headed by Prime Minister Justin Trudeau’s Liberal Party, claims it is bound to it.

“We will be respecting that contract,” Trudeau told reporters in April 2016.

“It is important that people know that when they sign a deal with Canada … a change in government isn’t going to lead to that contract being ripped up.”

The Liberal Party’s Stephane Dion, who served as the foreign minister of Canada from early November 2015 through mid-January 2017, has characterised the trade as a “done deal” between the previous government and Saudi Arabia.

“We’ll review the process by which these contracts are assessed in the future,” Dion told CBC news in January 2016 after it was revealed that Saudi Arabia executed 47 prisoners, including prominent Shia leader Nimr al-Nimr.

“But what is done is done, and the contract is not something we’ll revisit.”

In March 2016, Daniel Turp, a professor of constitutional and international law at the University of Montreal, filed an application for judicial review in the Federal Court of Canada to halt the issuance of any export permits. He argued they would breach Canadian export laws and the Geneva Conventions Act.

The following month, a “secret” memo signed by Dion and released by Canada’s Department of Justice – in connection to Turp’s legal challenge – indicated that Dion approved six export permits valued at $9bn (11bn Canadian dollars), which reportedly constituted the majority of the arms deal.

Turp subsequently amended his legal challenge “to convince the Federal Court that these permits should be cancelled”, he told Al Jazeera.

The memo’s release revealed that “minor level permits” for the transaction were approved under the Conservative government, which left office in November 2015.

The six export permits – which did not specify the number of military vehicles slated for shipment – cover LAVs and “associated weapon systems, spare parts and technical data”, according to the memo published by The Globe and Mail.

Following the memo’s release, Dion released a statement saying that Canadian companies have provided the Saudi government with similar military equipment since 1993, adding that Canada’s “best, and regularly updated, information indicates that Saudi Arabia has not misused the equipment to violate human rights”.

One company, General Dynamics Land Systems – Canada, the manufacturer at the centre of the current deal with Saudi Arabia, has been previously granted export permits for nearly 3,000 LAVs to Saudi Arabia, beginning in the early 1990s.

The Federal Court dismissed Turp’s challenge in January 2017, concluding that its role “is not to pass moral judgment on the minister’s decision to issue the export permits”, according to court documents.

“The court is of the opinion that [Dion] considered the relevant factors,” the documents said.

Last week, arguments in the case were heard by the Federal Court of Appeal.

Andre Lesperance, one of Turp’s lawyers, told Al Jazeera that a final ruling “could take two months or more”.

Additionally, after the videos emerged last summer appearing to show the deployment of Canadian-made vehicles in Saudi Arabia’s Qatif region, Turp sent a formal notice to Chrystia Freeland, the current minister of foreign affairs, and asked her to cancel the permits based on “new evidence” after The Globe and Mail first published the allegations.

“In a way, Canada is seen as very hypocritical when it does promote human rights here and abroad, then it trades [arms and military equipment] with Saudi Arabia,” Turp told Al Jazeera.

Freeland did not to respond to Turp’s request, and he filed a new case, in addition to the appeal, on September 27 in front of the Federal Court of Canada. Turp added that he is planning “to go as far as the Supreme Court because of the importance of this case”.

Since 1986, Canada has adopted measures that restrict the export of arms to countries with serious human rights violations unless it can be proven that there is “no reasonable risk” that they might be used against their own civilians.

Global Affairs Canada’s spokesperson, Babcock, insisted that Canada is “committed to the defence of human rights” and “condemns all human rights violations”.

Neither the Saudi Embassy in Ottawa nor the Saudi Ministry of Foreign Affairs replied to Al Jazeera’s requests for a comment.

Shortly after the deal’s announcement in 2014, the government at the time, led by the Conservative Party’s Stephen Harper, said that the contract would “create and sustain” over 3,000 jobs each year in Canada, over a 14-year period.

In 2016, however, Conservative Party members became increasingly vocal in their advocacy of cancelling the deal if human rights abuses were confirmed.

Peggy Mason, president of the Rideau Institute and Canada’s former ambassador for Disarmament to the United Nations, explained that Canada’s guidelines forbid the country from exporting arms to countries where there is a reasonable risk of use against civilians.

“There were mountains of evidence at that stage [of the permits’ approval] that there was a reasonable risk [of human rights violations],” she told Al Jazeera. “So, in other words, they’ve breached the guidelines.”

Mason added: “We have moved from misuse to serious human rights abuses … What’s that? We have to see someone mowed down with the LAV? It’s extraordinary.”

According to a poll, released in September by the Angus Reid Institute, more than 60 percent of Canadians believe their country should not sell arms to Saudi Arabia.

Canada faced heavy criticism under the Harper administration for being the only NATO and G7 member to refuse to sign on to the treaty as it came into force in late 2014.

In order to fully comply with the treaty, the current government vowed to introduce measures to comply with ATT requirements.

The bill is a proposed amendment to Canada’s Export and Import Permits Act. It sets mandatory considerations for the minister of foreign affairs “to take into account” before issuing any export permits.

Last October, a report released by the Rideau Institute – a Canada-based foreign and defence policy advocacy and research group – said that Bill C-47 has “numerous flaws” and criticised it for not placing “hard limits” on how export permits are issued by the foreign minister.

Amnesty International, along with several Canadian civil society organisations, released a joint statement in October saying they cannot support Bill C-47 “in its current form” and called on the government to revise the bill “to effectively ready” Canada for full compliance with the ATT.

Speaking on the Saudi arms deal, Amnesty Canada’s Neve said: “there will be many of us who highlight that the [ATT and arms deal] don’t coexist”.

“It’s one more reason why Canada needs to do the right thing here and halt the deal.” 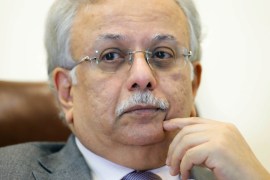 Riyadh dismisses UN report blaming Saudi-led coalition for the killing and maiming of hundreds of children in Yemen. 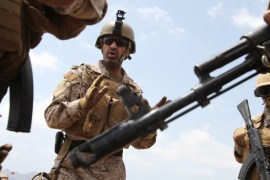 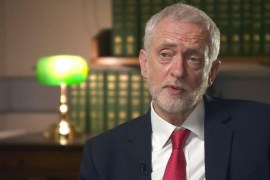