Rahul Gandhi has been elected as the new president of India‘s main opposition Congress party.

His appointment, confirmed on Monday, will see Rahul take over from his mother Sonia Gandhi, who has been at the helm of the 132-year-old party since 1998.

There were no other contenders for the position, which Rahul will officially assume on December 16. He has been vice president of the party since 2013.

Congress’ new leader is the scion of India’s unofficial First Family, the Gandhis. He is the son, grandson and great-grandson of three former prime ministers: Rajiv Gandhi, Indira Gandhi and Jawaharlal Nehru.

Five of his family members have previously headed Congress, formally known as the Indian National Congress, the oldest political party in the country.

Rahul has some big shoes to fill: Jawaharlal Nehru, the son of two-time Congress President Motilal Nehru, was one of the principal leaders, with Mahatma Gandhi, of India’s independence movement.

The Congress, founded in 1885, is credited with laying the foundation stone of a modern India.

The party has held power for most of the 70 years since India won its independence in 1947.

Rahul made his first foray into politics in 2004, when he was elected to parliament from Amethi, a town in the northern Uttar Pradesh state known for being the constituency of the Nehru-Gandhi family since 1980.

Political opponents have accused the Congress of perpetuating “dynastic rule”. They say Rahul’s rise has come at the cost of other deserving young leaders in the party.

But Jai Prakash, a Congress supporter from Amethi, disagrees.

“What he has got is the political capital of his family as in any other family occupation. But don’t forget, he is being tested by the people. That’s the rule of a democracy,” Prakash told Al Jazeera.

His views are echoed by Mohan Kumaramangalam, who left a coveted job with Microsoft in the US to return to India to join politics, and is now a young Congress leader.

“When I decided to join politics and follow my father’s footsteps, I went to meet Mr Gandhi. He told me to go to my state and first join the Youth Congress, work at the grassroots and contest party elections,” Kumaramangalam told Al Jazeera.

Rahul’s initial years in politics appeared to be marked by hesitancy. He often referred to the adage “power is poison”.

What he has got is the political capital of his family as in any other family occupation. But don’t forget, he is being tested by the people. That’s the rule of a democracy.

“They tried to shield him from public interactions and engagements. In the process, they tried to make him a manager, not a leader.”

Rahul took time to outgrow his initial nervous style and demonstrate the confidence to face the news media and the public.

But after being in politics for 13 years, he seems to have finally gained a firm footing.

He is no longer scared of making mistakes and is quick to own up when he does, say political observers.

His taking over the role of party chief also answers some of his critics, who said he held too much power without assuming responsibility.

He is studied economics at a US university. In 1995, he completed his M Phil in development studies from Trinity College, Cambridge, Jawaharlal Nehru’s alma mater.

Rahul spent some time working in London before returning to work in Mumbai in 2002.

The childhood years of Rahul and his sister Priyanka – the grandchildren of Indira Gandhi – were spent away from the media glare.

For all my BJP friends: unlike Narendrabhai, I am human. We do make the odd mistake and that’s what makes life interesting. Thanks for pointing it out and please do keep it coming, it really helps me improve. Love you all.

There are videos and photographs in which Rahul appears as a shy but inquisitive child living a comfortable and sheltered life.

Now 47 years old, Rahul cannot shy away from the news media’s relentless demand for scrutiny of his life.

“When you meet him in person, he comes across as an intelligent man who is willing to listen. When it comes to public speaking, he comes a cropper,” Naqvi told Al Jazeera.

“However, public speaking is crucial for a politician, particularly when the Indian parliamentary form of politics is becoming more presidential in nature.”

Much has been written about Rahul’s gaffes during public speeches and his supposed aversion to “playing dirty”.

“He is a very gentle and affable person. Sometimes I tell him that he is a bit too affable. In politics you have got to be affable but not overly so,” says veteran Congress leader Kamal Nath, who has known Rahul since his childhood.

In recent months, palpable changes have been noticed in Rahul’s political persona.

Through his Twitter account, he has used humour to attack his political rivals: from posting a viral video of his dog doing tricks, to using limericks to expose alleged wrongdoing by the governing Bharatiya Janata Party (BJP).

To the surprise and shock of many, he swiftly sacked a senior Congress leader and a “family loyalist”, Mani Shankar Aiyar, for using a seemingly casteist slur against Modi, saying he will not allow the debasing of political discourse.

“What happened in 2014 was that we removed a [wise] prime minister with a [clever] prime minister thinking it would yield good results, but things did not turn that way,” says Jai Prakash.

“If you see the state of the Indian economy, the rising unemployment levels, the crisis in agriculture, increasing incidents of farmer suicides, and a general collapse in law and order, civic amenities and welfare schemes both nationally and especially across all BJP governed states, the people have realised what they bought into were the false promises of the BJP,” adds Sachin Pilot, a close associate of Rahul Gandhi and a member of the Congress’ young brigade.

Members of the Congress party are unequivocally supportive of Rahul, but the challenge he now faces is not from within.

He is supposed to rally his party’s supporters to take on Modi, whose public approval numbers remain consistently high, three years after he steered the Hindu nationalist BJP to a sweeping parliamentary election victory.

The combination of Modi’s oratorical prowess and BJP chief Amit Shah’s organisational skills has proved a difficult challenge for the opposition to overcome.

“We need someone to listen to the people, to understand people’s problems and offer solutions to them,” he says.

One man riding a high horse cannot solve the country’s problems. It’s a collective effort. We need to empower everybody, not one person not almost everybody. But everybody.

Rahul has a good track record of winning elections from the family stronghold of Amethi: he has retained his seat three times in a row.

However, his record of leading the Congress to victory in polls, including the 2014 general election, has been dismal to date.

Indian politics has evolved over the years from single-party rule to an era of coalitions and alliances.

Coalition politics continues to flourish despite the BJP’s brute majority in parliament, so the expectation is that the new Congress leader will cobble together a winning alliance.

“Rahul temperamentally is not suited for coalition politics,” Rashid Kidwai, an Indian journalist who has written extensively about the Congress, told Al Jazeera.

“He does not have the kind of patience shown by his mother, Sonia. There were many occasions where Sonia Gandhi swallowed her pride for coalition partners.”

As Congress president, Sonia managed to win the support of political outfits of ideologies ranging from the left to the centre-right.

Rahul will be expected to do the same: to build and nurture alliances.

The fact that Rahul’s political ideas are more aligned with the socialist vision of Nehru could help him broaden the social coalition for the Congress party.

“Sonia Gandhi’s economic thinking was largely guided by [former prime minister] Manmohan Singh and [former finance minister] P Chidambaram. Rahul is much more independent minded. He is not anti-liberalisation or anti-free market but he thinks there is scope for left-of-centre economic policies,” says Kidwai.

Like Nehru, Rahul is also smitten by the romance of the left, say analysts who point to his visits to New Delhi’s Jawaharlal Nehru University, a progressive academic stronghold.

“He is never dismissive of anyone – neither senior leaders nor the younger ones,” says Sushmita Dev, a young Congress leader who works closely with Rahul in New Delhi.

As the chief of an avowedly liberal party, Rahul will be tested not just on the basis of the soundness of his economic vision but also the depth of his commitment to India’s constitutional values, including that of “secularism”.

After visiting scores of Hindu temples, while campaigning during the forthcoming Gujarat elections, Rahul was criticised for allegedly promoting “soft Hindutva” – a milder version of the BJP’s unabashed Hindu nationalist policy. The ruling BJP was quick to attack him.

“BJP has always been seen as a pro-Hindutva party, so if an original is available why one would prefer a clone?” Arun Jaitley, India’s finance minister and a senior BJP leader, said fully in jest.

The Congress party insists there is an important distinction. 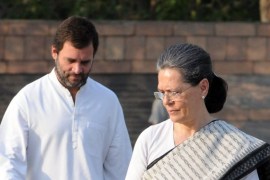 It’s time for change in the Congress Party

In order to be a serious challenger to the BJP, the Congress Party needs to free itself from the Nehru-Gandhi dynasty. 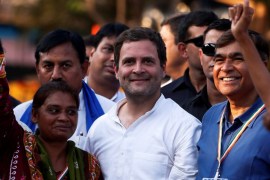 Rahul Gandhi set to take over as Congress party president 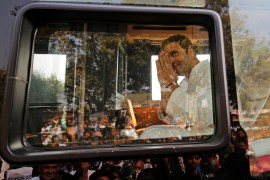 Why is Rahul Gandhi visiting so many Hindu temples?

The Congress Party in India is trying to shake off the pro-Muslim label it has been given by the political right. 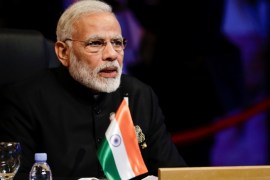 Nearly nine out of 10 Indians say they have a favourable view of Modi while critics question the timing of Pew poll.