An experimental drug has for the first time been shown to slow the progression of Huntington’s disease, giving hopes to patients suffering from the incurable disorder.

Scientists at UK’s University College of London said on Monday that an early-stage trial found that the treatment had “successfully lowered” the levels of a toxic protein that causes the devastating genetic disease.

Sarah Tabrizi, a professor of clinical neurology who led the UCL research, called the ability of the drug, IONIS-HTT(Rx), to lower the mutant huntingtin protein “ground-breaking”.

“The key now is to move quickly to a larger trial to test whether IONIS-HTT(Rx) slows disease progression,” she said.

The Huntington’s Disease Society of America hailed the breakthrough as “a historic moment in the fight against” the illness.

What is Huntington’s disease?

Huntington’s is a disorder that causes irreversible damage to the brain, affecting patients’ movements, behaviour and ability to think clearly.

It is caused by an inherited defect in a single section of DNA called the huntingtin gene.

Most people with Huntington’s develop symptoms in their early 30s or 40s and die around 10 to 20 years after symptoms start.

There is currently no treatment to stop or reverse the disease, and existing medication can only help manage its symptoms.

The UCL trial involved 46 patients from the UK, Germany and Canada.

They were each given four spinal injections of either the drug or a placebo.

UCL said the drug produced “significant, dose-dependent lowering of the level of mutant huntingtin” and marks the first time that the protein has been reduced in the nervous systems of patients.

Professor John Hardy, an expert on diseases affecting the nervous system, told the BBC that the trial was “potentially, the biggest breakthrough in neurodegenerative disease in the past 50 years”.

Ionis Pharmaceuticals, the company behind the drug, said in a statement on Monday that, following the trial, pharmaceutical giant Roche had exercised its right to license IONIS-HTT(Rx) at a cost of $45m.

The prevalence of the disease varies by ethnicity and geographical location. In Europe, it is estimated that about five to seven people in 100,000 are affected. 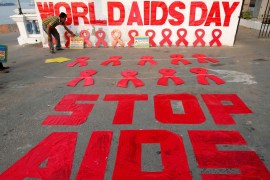 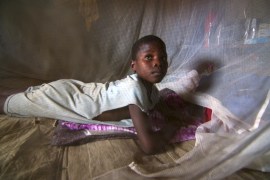 Nearly half a million people killed by malaria in 2016

Nigeria accounts for almost 25 percent of cases as WHO’s global survey warns that a lack of funding will hamper fight.