The judge ruled there was a risk of criminal reiteration, though he admitted there was little prospect of the defendants fleeing the country, according to a court statement.

Al Jazeera’s Karl Penhaul, reporting from Barcelona, said: “What the judge has taken into account here … is that he believes the four most senior Catalan politicians that he has ordered remain behind bars wouldn’t represent a flight risk. But, he does expect them to continue agitating in favour of Catalonia’s secession from the rest of Spain.”

New round of elections

The pro-separatist parliamentarians – also charged with rebellion and misappropriation of funds – had called for their release in order to participate in Catalonia’s regional election on December 21.

Catalonia’s pro-independence parties are predicted to win 67 of the regional parliament’s 135 seats but lose their previously held majority, according to a poll by the Sociological Research Centre.

“By ruling that six can leave, he [the judge] sees that this is a lesser risk on their part. They could be free anytime today as they post bail, surrender their passports, and report weekly to the Supreme Court,” Penhaul reported.

Spanish authorities called the vote after they took control of Catalonia following regional politicians’ declaration of independence on October 27.

The declaration was based on the result of a disputed referendum on independence, held on October 1. More than 90 percent of voters cast a ballot in favour of independence, although turnout was less than 50 percent.

Spain responded by enacting Article 155, a provision in the country’s constitution that permitted Madrid to dismiss the Catalan government and directly administer the northeastern region.

Meanwhile, Carles Puigdemont, Catalonia’s former president, faced an extradition hearing in Belgium on Monday as the Spanish government seeks to have him returned to the country to face charges of rebellion and sedition.

Puigdemont, who is in self-imposed exile, appeared in court in Brussels along with four other pro-separatists. A ruling was postponed until December 14. 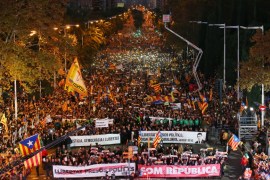 The December 21 comes amid deepening polarisation in Catalonia and could additionally exacerbate the situation. 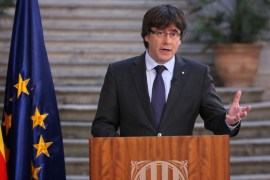 Warrant names the four ex-minister who accompany the dismissed leader in Brussels, as well as adds two charges. 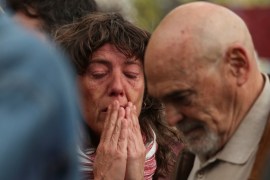