As Pope Francis prepares to meet a small group of Rohingya refugees in Bangladesh, many are left with mixed feelings after he avoided to publicly speak about the months-long persecution against them during his four-day visit to Myanmar.

The first by any pope in history, Pope Francis’ journey to Myanmar was seen by many Rohingya as an unparalleled opportunity to draw the attention to the ongoing campaign of indiscriminate violence perpetrated by the military against their community in the nation’s western Rakhine state, which in recent months prompted more than 620,000 people to flee their home country in what is the world’s fastest mass exodus since the 1994 Rwandan genocide.

In the past, Pope Francis – whose papacy so far has been widely characterised by advocacy for refugees and vulnerable minorities – has repeatedly decried violence against the mostly Muslim minority, calling them “our Rohingya brothers and sisters” and labelling the Christians who refuse to treat them humanely as “hypocrites”.

But hopes were dashed as the Argentine pontiff even refused to mention the Rohingya during his two public addresses, taking the advice he had been given by Cardinal Charles Maung Bo, archbishop of Naypyidaw, who urged him not to use the word out of concern for a backlash against the 650,000-strong Christian community living in the state.

Al Jazeera reached out to members of Rohingya communities living all over the world to find out their thoughts on the issue.

Nasir Bin Zakaria escaped Myanmar when he was 14 – he never saw his parents and seven siblings again.

Now 46, he lives in Chicago, where he founded the Rohingya Cultural Center.

“I hoped he would have said something about the Rohingya. We even wrote him a letter asking to speak about the plight of my people. But my hope is broken now.

“His silence on the attacks against Rohingya won’t stop attacks against minorities in the future. Tomorrow the Burmese government might decide to attack the Christians. What would the pope say then? Is one minority more valuable than another?

Nijam Mohammad arrived in West Yorkshire, England, under the International Organization for Migration’s Gateway Protection programme, after living in the Kutupalong refugee camp in Bangladesh since he was 10. He’s now the general secretary of the British Rohingya Community UK.

“We are all disappointed that the pope didn’t mention the word Rohingya in his speeches. I think he did so because he’s worried about other religious minorities in Myanmar, especially the Christians living in the Karen state, who have already experienced violence in the past. He just took a pragmatic position.

“What’s important is that he’s well aware of the situation, which he is, having expressed solidarity with the Rohingya people in the past.

“We all hope after visiting the Rohingya community in Bangladesh he will double his efforts for stopping the genocide and restoring the rights of my people.”

Born in Sittwe, the capital of Rakhine state, Mohammed Rafique left Myanmar in 1991. After spending 17 years in Kutupalong refugee camp, he resettled in Ireland in 2009. He now works as secretary of the Carlow Cricket Club.

“It is disheartening to see that Pope Francis decided to say nothing, even though he had been outspoken about the persecution of the Rohingya community.

“He should have not followed the advice and been braver to set an example against the denial of the identity of a group of people who are facing an existential threat through a state-sanctioned ethnic cleansing.

“In doing so, other prominent people would have followed his suit in support of the rights of the Rohingya.

“He still has time to make up the mistake. But he needs to raise his voice loud and clear.”

Born in 1984 in the heart of Rakhine state, Mujib fled to Bangladesh when he was seven years old. After staying at Kutupalong camp for almost two decades, he moved to Australia, where he is now Imam at Central Queensland mosque and a cultural mediator.

“Pope Francis knows what’s happening in Myanmar. Not for nothing he asked to pray for the Rohingya more than once over the past months.

“Yet he did not say a word about this during his public speeches. This is a shining example of how much minorities in Myanmar are vulnerable.

“Even him, who should be accountable for his actions only before god, preferred to heed the advice to not make trouble by his fellow believers, leaving his fellow human beings who are facing an appalling genocide alone.

“Ethnic identity should be a basic right for everyone, not a privilege for the few.” 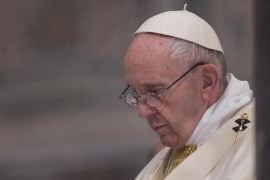 Francis says community members targeted ‘simply because they want to live their culture and their Muslim faith’. 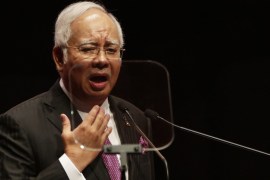