Friday’s announcement by state media came after the army and allied militias eliminated the last Islamic State of Iraq and the Levant fighters from the eastern city that had been under a three-year siege.

“The armed forces, in cooperation with allied forces, liberated the city of Deir Az Zor completely from the clutches of the Daesh terrorist organisation,” an unnamed military source was quoted as saying, using an Arab acronym for ISIL.

#BREAKING: The #Syrian TV: The city of #Deir_Ezzor is completely purged from #ISIS terrorists. What a great victory!!#FromSyria🇸🇾🇸🇾🇸🇾🇸🇾🇸🇾 pic.twitter.com/nczGZI5Usp

Deir Az Zor had been almost entirely controlled by ISIL, also known as ISIS, since 2014. It is the main city of the oil-rich province of the same name.

The campaign to retake the city began in September when Syrian forces managed to break the three-year siege of the city by ISIL.

“This is a significant development in that it paves the way for the Syrian army to start expanding further in the eastern part of the country,” he said.

According to the Syrian Observatory for Human Rights war-monitor group, ISIL still controls about 40 percent of Deir Az Zor province.

The Syrian army and Kurdish-led forces supported by the United States are in a race to retake the rest of the eastern province.

The forces of Syria’s President Bashar al-Assad have been backed by Russian air raids since September 2015, helping to turn the tide in the war against ISIL and other armed groups. 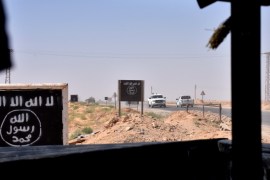 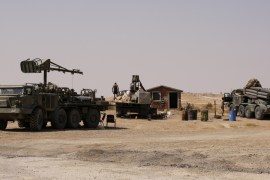