The US State Department has cautioned its citizens “to carefully consider” travelling to Saudi Arabia, citing persisting “terrorist” threats and a spillover of violence from Yemen across the border.

The travel warning, issued on Tuesday, warned of the threat of ballistic missiles fired by rebel groups from Yemen into the kingdom.

“In the past year, rebels have fired several long-range missiles into Saudi Arabia capable of reaching the vicinities of Riyadh and Jeddah, and they have publicly stated their intent to continue doing so,” the State Department said.

The most recent missile fired into Saudi Arabia landed north of the capital, Riyadh, on November 4 and caused debris to fall near the King Khalid International Airport.

Saudi Arabia has been leading a coalition at war in Yemen since March 2015, when the oil-rich kingdom intervened to push back Houthi rebels and reinstate the government of President Abd-Rabbu Mansour Hadi.

The State Department also banned US government employees and their families from travelling to any area within 50 miles of the Saudi-Yemeni border, including the cities of Jazan and Najran.

“As a result, the US Mission’s ability to provide consular assistance in this region is limited, and US citizens should not travel to this area.”

Furthermore, the warning restricted US citizens from going to several volatile areas, such as Qatif in the eastern province and the Al Ahsa region, where Saudi forces are in regular confrontation with the Shia minority residents there. 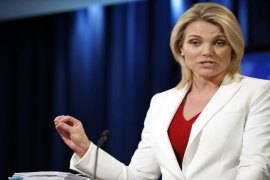 US declines comment on Hariri’s status in Saudi Arabia

State Department spokeswoman says US charge d’affaires in Riyadh met Hariri but refuses to comment on the situation. 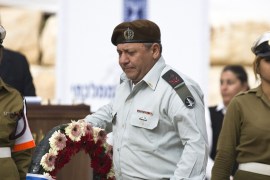 In an interview with a Saudi website, Israel’s army Chief of Staff Gadi Eisenkot signals closer ties with the kingdom.