It took several months and tens of thousands of dollars to build.

But on Wednesday, Jamal Abu Khdeir’s dream of housing his 27-member family under the same roof came crashing down in just a few minutes.

As soon as the destruction started, scuffles broke out. A 73-year-old cousin of Abu Khdeir said he tried to intervene to break up the clashes, but ended up being assaulted by Israeli forces.

“When the Israeli occupation forces were demolishing the home, the boys and men of the family started shouting at them,” Ishaaq Saeed Abu Khdeir, the 73-year-old, told Al Jazeera.

“The Israeli forces started beating them and it turned into a physical fight. I went to break them up so that the boys don’t get hurt,” he added.

“As soon as I turned my back, one of the soldiers, with all his force, pushed me to the ground on one of the bushes. I couldn’t get up and I’m still in pain.”

Ishaaq said that Israeli forces also beat and arrested two other family members. The two were later released, he said.

The family said they received no prior warning about the demolition, which occurred due to the fact that the house had been built without a permit.

Under Israeli law, Palestinians in occupied East Jerusalem are required to have a building permit from the government to erect new homes. But Israel has consistently rejected the majority of permit requests.

According to a report on the Israeli daily Haaretz, between 2010 and 2015, of the 11,603 building permits issued, only 878 were allocated for Palestinian neighbourhoods.

Speaking to Al Jazeera, Jamal, the owner, spoke about the heartbreak of seeing the house, which reportedly cost the family $85,000, torn to the ground.

“It is beyond my ability to explain what it feels like to watch your own house be demolished before your eyes – your own blood, sweat and tears,” the 67-year-old told Al Jazeera.

He said the building they live in now is not big enough to accommodate his family.

“I wanted to divide the house from inside so that all 27 of us could live together spaciously under one roof.”

The Israeli police denied having any knowledge of the incident.

Al Jazeera also contacted the Jerusalem Municipality, but could not receive a response in time for publication.

Jamal’s home was one of two houses demolished on Wednesday. According to local journalists, Israeli forces also demolished the home of Sharif Muheisin in the Palestinian neighbourhood of al-Issawiya.

Although East Jerusalem is a part of the occupied Palestinian territories under international law, Israel annexed the area in 1967 and extended Israeli civil law there.

The Palestinians who live there, however, do not have Israeli citizenship.

Only 13 percent of the total land area of East Jerusalem is allocated for the construction of Palestinian homes, while the rest is under Israeli state and settler control.

Some 200,000 Israeli Jews live in occupied East Jerusalem, on land that falls outside the internationally recognised borders of their state.

In 2014, Israeli settlers abducted a member of the Abu Khdeir family, 17-year-old Mohammad, from a storefront in Shufat, and burned him alive in a Jerusalem forest. 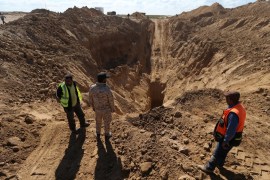 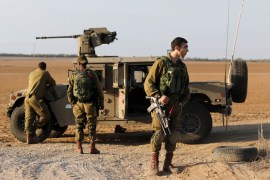 At least nine Palestinians are also wounded and taken for treatment in hospital at Khan Younis town, officials say.