Russian President Vladimir Putin is set to host his Iranian and Turkish counterparts at his official residence in the coastal city of Sochi to discuss the Syrian conflict.

The event on Wednesday will be preceded by a meeting on Sunday in Turkey’s resort city of Antalya between the three countries’ foreign ministers.

It comes days after Russia vetoed a US-initiated draft United Nations Security Council resolution on extending the mandate of the UN’s mission for investigating the use of chemical weapons in Syria, and the Japan-initiated draft on a provisional extension of the mission’s mandate.

“How, then, can we trust Russia’s supposed support for peace in Syria? How can anyone take Russia’s proposal of political talks in Sochi seriously?” she asked.

The choice of participants

According to Putin’s spokesman, Dmitry Peskov, the summit will include only these three countries, because they are the “guarantors of the political settlement and stability and security that we see now in Syria”.

The trio brokered a ceasefire in Syria in December 2016 and held peace talks in Kazakhstan’s capital of Astana in parallel to UN-backed negotiations in Geneva.

The collaboration comes despite the fact that Turkey is still officially on an opposing side of the Syrian conflict to Russia and Iran, who support Syrian President Bashar al-Assad.

Turkish Foreign Minister Mevlut Cavusoglu credited the unlikely alliance for the improved situation in Syria over the past six months.

“Since Aleppo, we have been cooperating with Russia, and we have made a lot of progress,” he said. “Eventually, we also included Iran to the system and to the process. And here is the result: The situation on the ground is much better than it was six months ago.”

Turkey’s presidential spokesman, Ibrahim Kalin, said that the three leaders would discuss progress in reducing the violence in Syria and ensuring humanitarian aid goes to those in need.

Describing Iran, Russia and Turkey as the three “guarantor” countries, he said the talks would look at what they could do towards a lasting political solution in Syria.

According to Russia’s Tass news agency, the summit will pay special attention to the situation in Idlib, a de-escalation zone where the three states have been deploying observers.

Cavusoglu said on Friday that Putin and Turkish President Erdogan could also discuss Russia’s veto of the latest UN resolution on Syria. 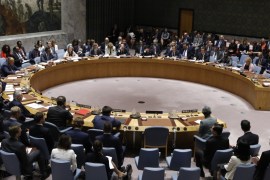 US and Russia at odds over UN Security Council vote on renewing investigation into chemical weapons use in Syria. 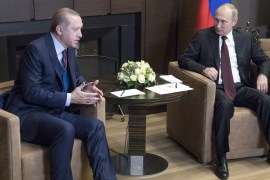 Erdogan calls on Russia, US to pull troops out of Syria

Turkish president’s comments come after Putin and Trump said there was ‘no military solution’ to Syria’s war. 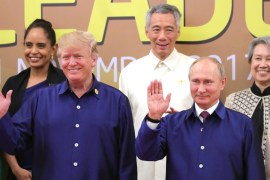 Kremlin says conflict needs a final resolution in the framework of the so-called Geneva process.