Syria’s SANA state news agency says an ISIL car bombing has killed at least 20 people and wounded 30 others at a site where displaced families are camped near the city of Deir Az Zor in eastern Syria.

It says the bombing occurred between al-Jafra and al-Koniko areas, which is located in the countryside south of Deir Az Zor city and is controlled by the Syrian government.

The Syrian Observatory for Human Rights (SOHR) said 12 children were among a total of 26 victims of Friday’s attack in Deir Az Zor province, where ISIL, or the Islamic State of Iraq and the Levant group, also known as ISIS, is losing ground to two separate offensives.

Also on Friday, the SOHR, a Britain-based monitor, said six children were among at least 19 civilians killed in shelling by the Syrian government in the rebel-held area of Eastern Ghouta near Damascus.

In another incident in Eastern Ghouta, six people were killed in government air strikes, according to the SOHR.

Reports said that in retaliation for the government’s assault, rebels fired rockets into Damascus city on Friday, killing three civilians.

SANA said four civilians, including a child, were killed when the rockets struck al-Zablatani and al-Dwaila areas of Damascus, in which it called a new violation of a de-escalation deal.

The de-escalation zones were created as part of an agreement reached between Russia, Iran and Turkey to bring violence levels down across Syria.

SANA cited a source at Damascus police command as saying that the child was killed in the attack on al-Dwaila while material damage was caused to shops and houses in al-Hamidiya area.

Fighting between the forces of Syrian President Bashar al-Assad and rebels in control of Eastern Ghouta has been escalating of late and claiming an increasing number of civilian lives.

Ahrar al-Sham, a rebel group which has positions in Harasta, launched an attack on Tuesday on a government military base in the area.

The SOHR says at least 37 people, including nine Syrian military officers, have been killed on the government side and another 174 people wounded as about 700 shells, raids and missiles have rained down on Eastern Ghouta over three days.

The Assad government has not confirmed the military’s losses.

On Thursday six people were killed in shelling of a Damascus neighbourhood.

Among the victims was Fadel Radi, the Syrian national karate teams coach, who died of shrapnel wounds.

Radi was injured as he was leaving al-Majd club in Bab Musalla area of Damascus city, SANA reported.

Born in 1948, Radi was a prominent karate expert in Syria since 1970 and had several achievements to his name at the Arab and international levels.

Meanwhile, in New York City, diplomats at the UN said the Security Council would vote on Friday in a fresh attempt to salvage a UN-led investigation entrusted with identifying those behind chemical weapons attacks in Syria.

The council will vote at 6:15pm (23:15 GMT) on a Japanese draft resolution that would extend the Joint Investigative Mechanism (JIM) for 30 days, to allow time for negotiations on a compromise.

The mandate of the JIM, an inquiry launched jointly by the UN and the Organization for the Prohibition of Chemical Weapons (OPCW) in 2015, expired on Thursday after Russia blocked a US-backed resolution.

Eleven Security Council members states voted in favour of the resolution, two abstained, and two voted against it, including Russia, which holds veto power as a permanent member of the Security Council. 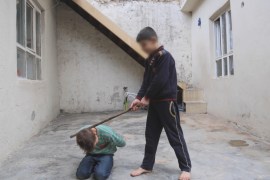 Lion Cubs of ISIL: Children of the Caliphate

Teenagers and young boys as well as their relatives and guardians give testimonies of life and death under ISIL. 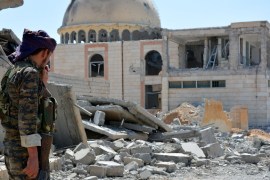 Could battle for Raqqa bring the end of ISIL in Syria? 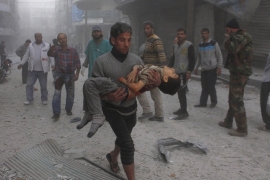 Has Syria’s opposition lost to Assad?