Iran has rejected French President Emmanuel Macron’s call for talks on Tehran’s ballistic missiles programme, saying the nuclear deal it signed with world powers in 2015 was “not negotiable”.

Macron, during a visit to Dubai on Thursday, said he was “very concerned” by Tehran’s missile programme after Saudi Arabia claimed it intercepted a missile fired from Yemen last month.

Referring to the Saudi claim, the French president had raised the prospect of possible sanctions with regard to those activities.

Iran’s Foreign Ministry Spokesman Bahram Qassemi said its missile programme was defensive and unrelated to the landmark nuclear deal that put a cap on Iran’s nuclear activity in exchange for sanctions relief.

“France is fully aware of our country’s firm position that Iran’s defence affairs are not negotiable,” said Qassemi, ruling out the possibility of any talks.

Obama’s successor, Donald Trump, decertified the deal last month and slapped sanctions on Iran’s powerful Revolutionary Guard Corps. The fate of the deal has fallen on the US Congress, which has 60 days to reimpose nuclear sanctions.

“We have told French officials repeatedly that the nuclear deal is not negotiable and other issues will not be allowed to be added to it,” Qassemi said, according to a statement on the ministry’s website on Sunday.

France has been trying to save the nuclear deal which Iran signed with six world powers – Britain, China, Germany, France, Russia and the United States.

Last month, Macron told Iranian President Hassan Rouhani in a phone call that France remained committed to the deal but stressed on the necessity to have a dialogue with Iran on other strategic issues, including Tehran’s ballistic missile programme, a proposal ruled out by Iran.

The US says the missile fired at Saudi Arabia was supplied by Iran. Washington has also called for the UN to hold Tehran accountable for violating two UN Security Council resolutions.

Saudi Arabia and its allies also accuse Iran of supplying weapons to the Houthi rebels, saying the arms were not present in Yemen before conflict broke out in 2015.

Iran denies the charges and blames the conflict on Riyadh. Tehran says it has no plans to build nuclear-capable missiles and the missile programme is for defence purposes. 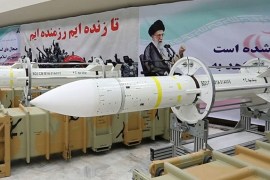 Tehran remains defiant as it seeks ‘an appropriate reaction’ to US sanctions against Iran’s ballistic missile tests. 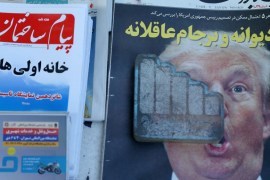 What is next for Iran nuclear deal?